The Winds of Change

The leaves of Summer have been touched by the caress of Autumn, left to wither and die in one last burst of color and beauty. By time I get off work night has already overtaken the clear blue Tennessee sky. This has always been a reminiscent time of year for me, and during the drive to pick up my children and head home I reflect on many things from this year. 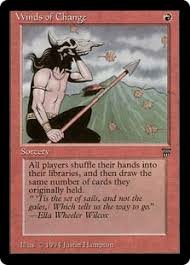 An old favorite from Legends

My family has gotten a little bigger, and with great joy comes great hardships. I love my comfy little life in a small holler surrounded by trees and enough open space to feel free when my truck tires hit gravel. I love my girl and we’ve come a long way in a few short years. She is the cornerstone of this small kingdom. You may live and die and not never know a thing about my little life but I’m gonna keep rowing merrily, merrily down this stream and see where it takes me.

All things must change.

I’ve been digging deeper into ancient grimoires during the twilight hours, when everyone is asleep and I get an hour or two to myself. Learning the secrets of the Abyss. Seeking out Howling Mines and Relic Barriers to empower my strategy. The decklist changed often and I never took a picture, but the gist of it was a Mono Black Control using Drain Life, Underworld Dreams, and Mishra’s Factory as the only wincons. Ill leave the rest to the imagination.

Over Thanksgiving I had the house to myself a few days, as my family went to visit relatives but I’m out of vacation days for the rest of the year. Thursday and Friday, the only days I had off, my brother came over and we got to finally play some fucking Magic. This would only be the second time getting to take this decklist out for a spin, and over beer, leftover turkey, and Black Metal videos on YouTube I proceeded to get my ass handed to me two days in a row. 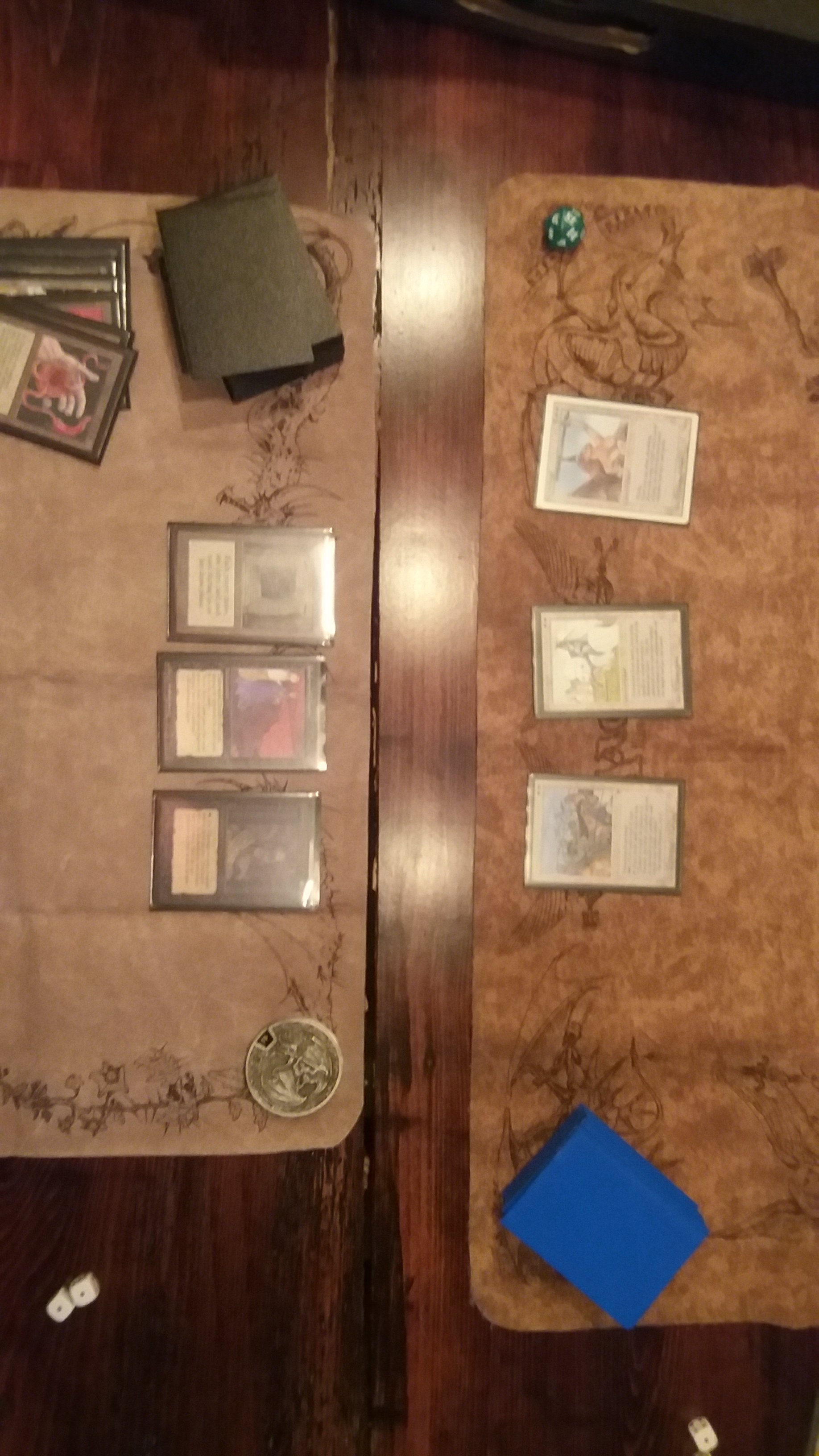 Now you see her 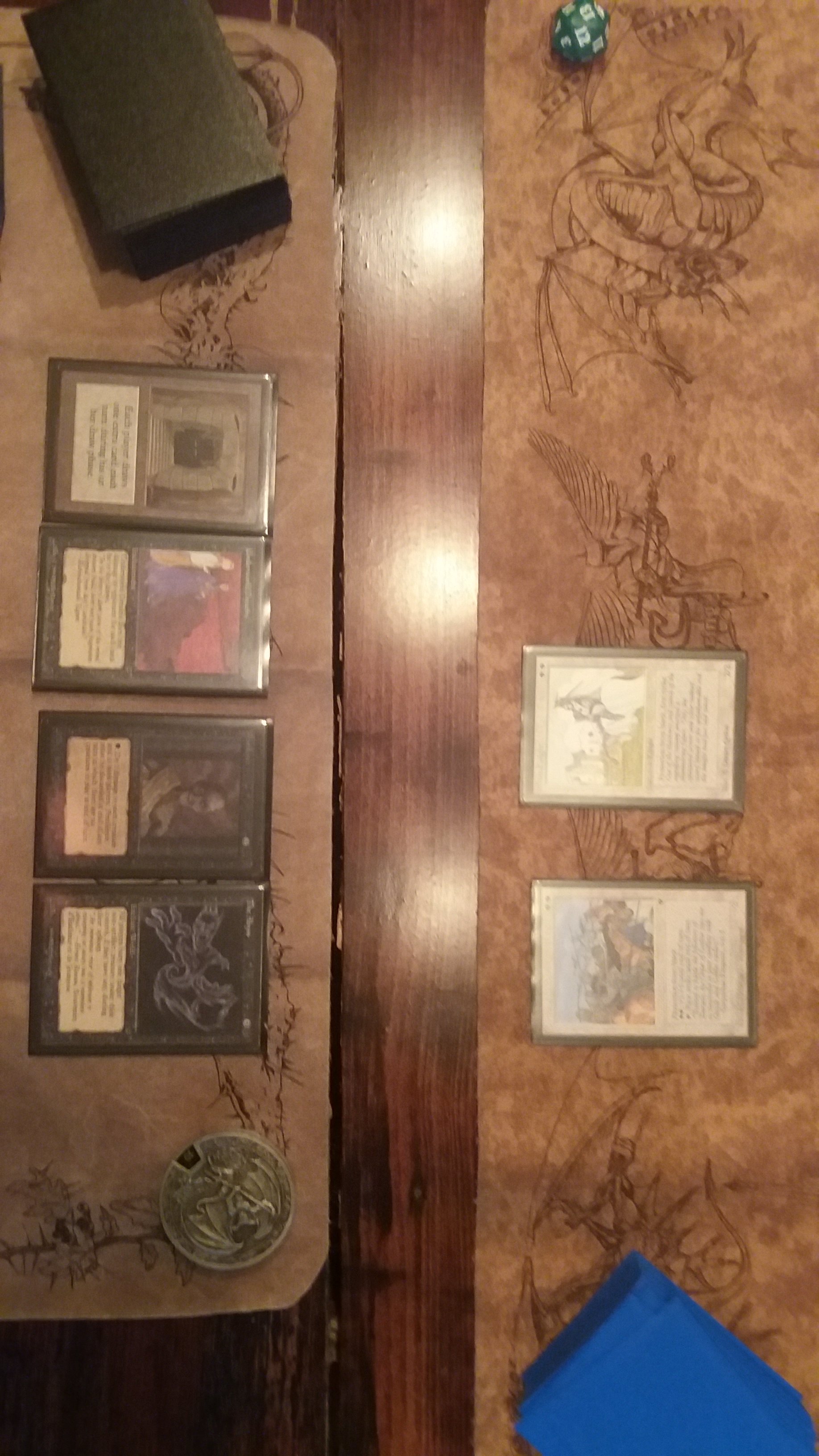 Pestilence did some great work, working as both a board wipe and a wincon, but couldn’t solve Zach’s Knights. 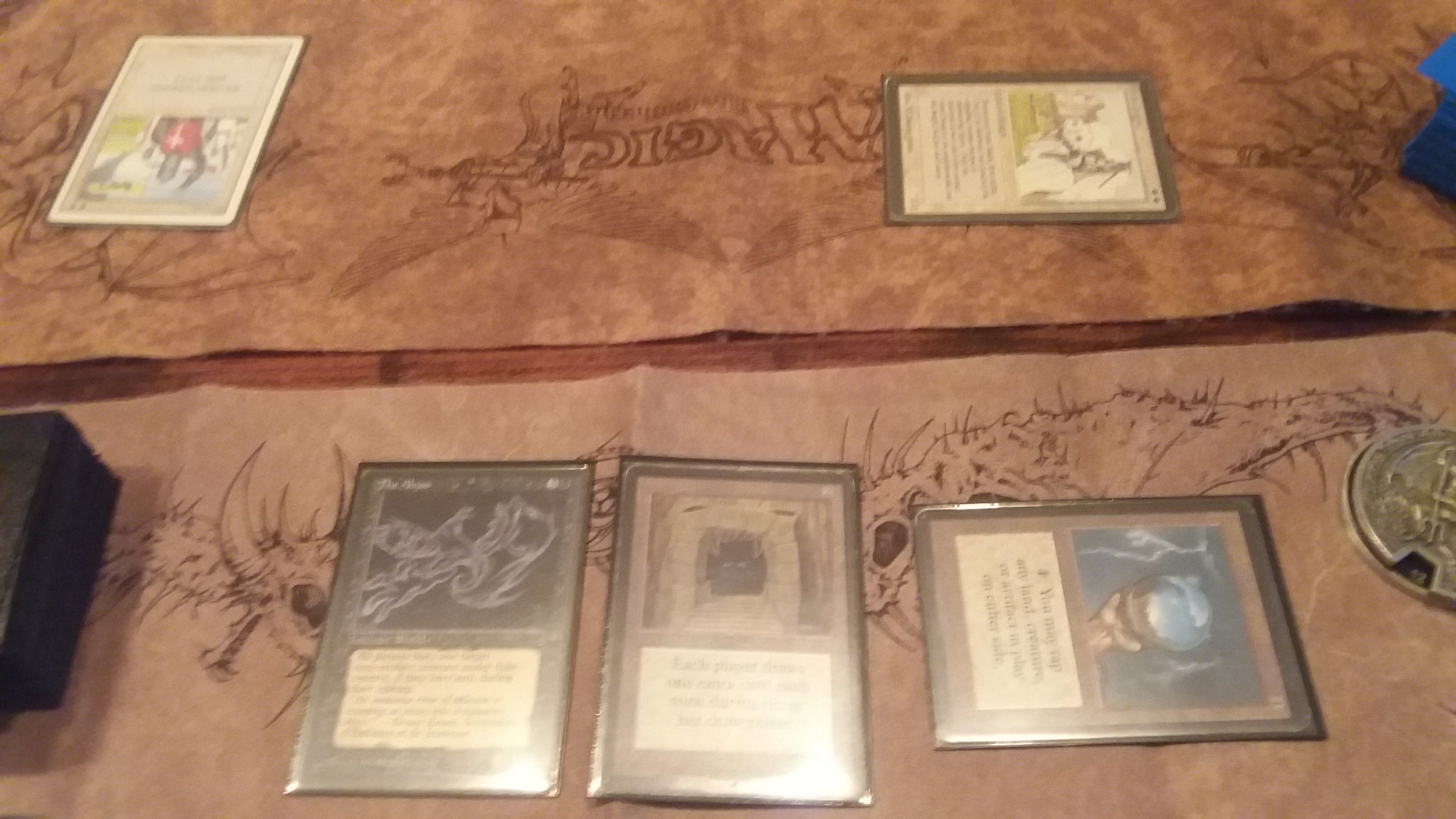 All I could do was tap them down with Icy or play a Disk and cross my fingers he didn’t have Disenchant. He usually did. 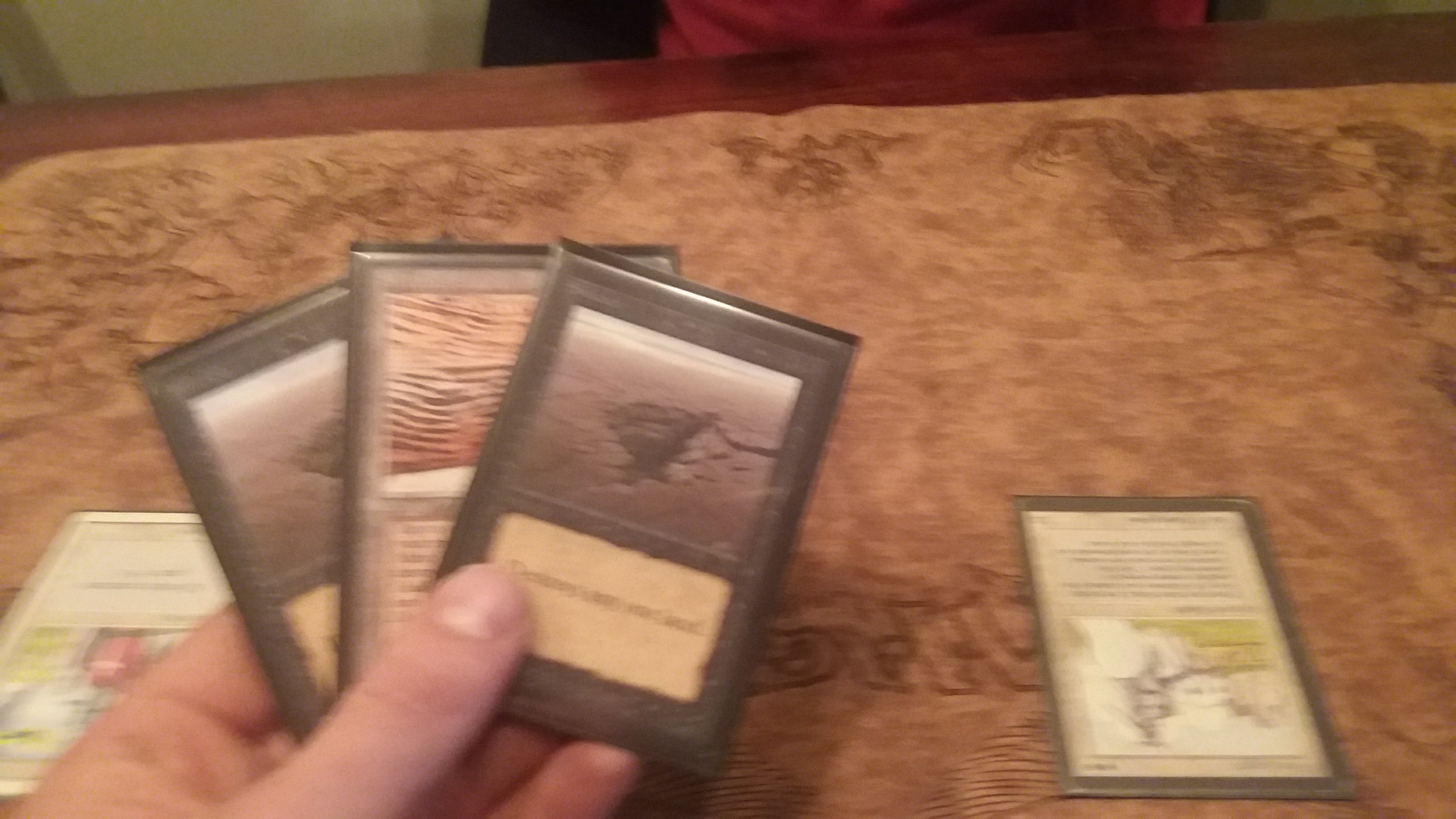 Oh you didn’t need those lands, did you?

When you think of control, you think of Counterspell and Mana Drain. This deck was mono black, and had to find other ways to keep my opponent from executing their game plan. The land destruction package could cut your legs right out from under you. 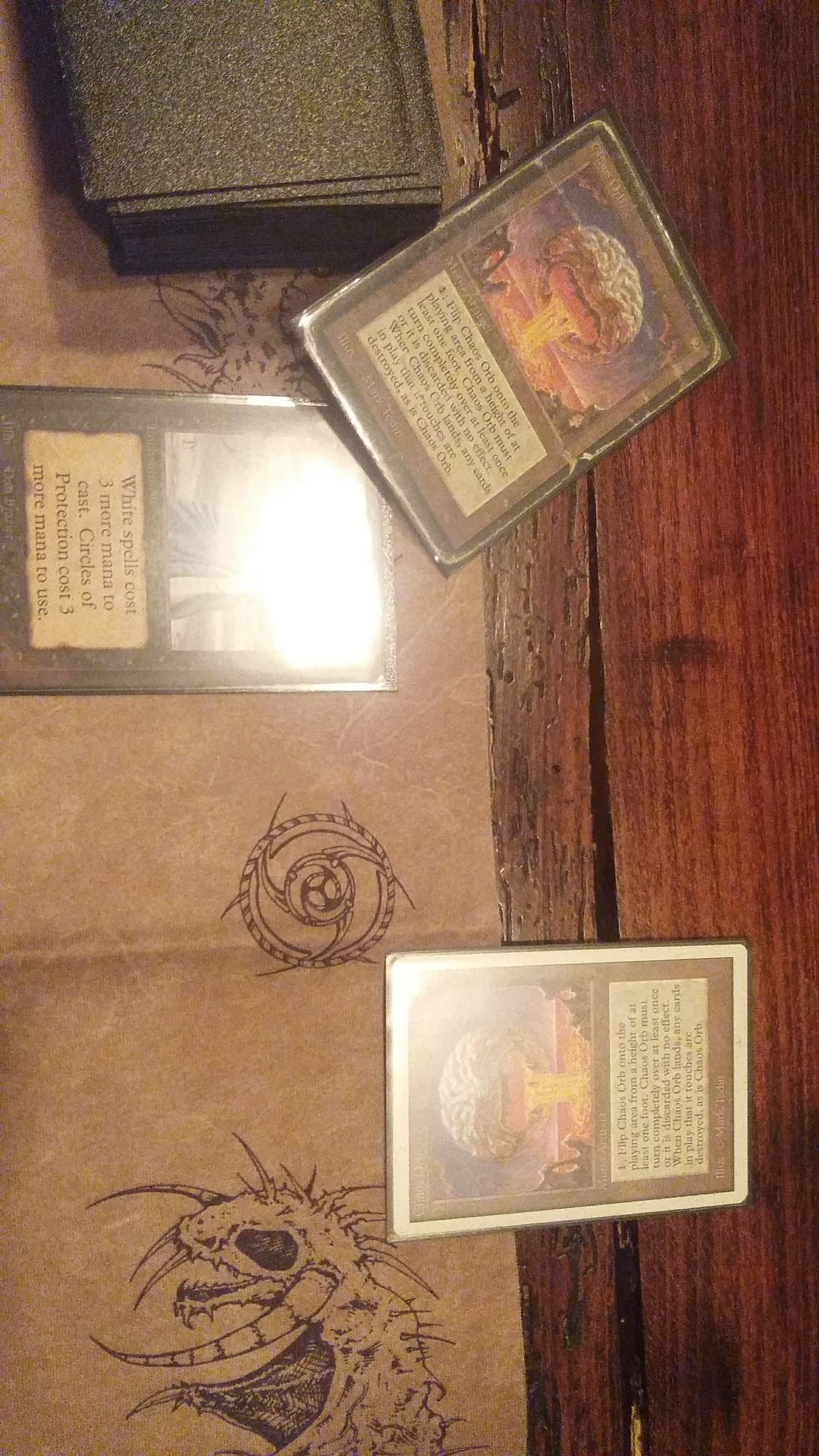 Things were looking good off T1 Dark Ritual into Gloom, until T2 he played his Chaos Orb. Top of 3 I drew mine and had a chance to destroy his but nope! Can’t hit to save my life. 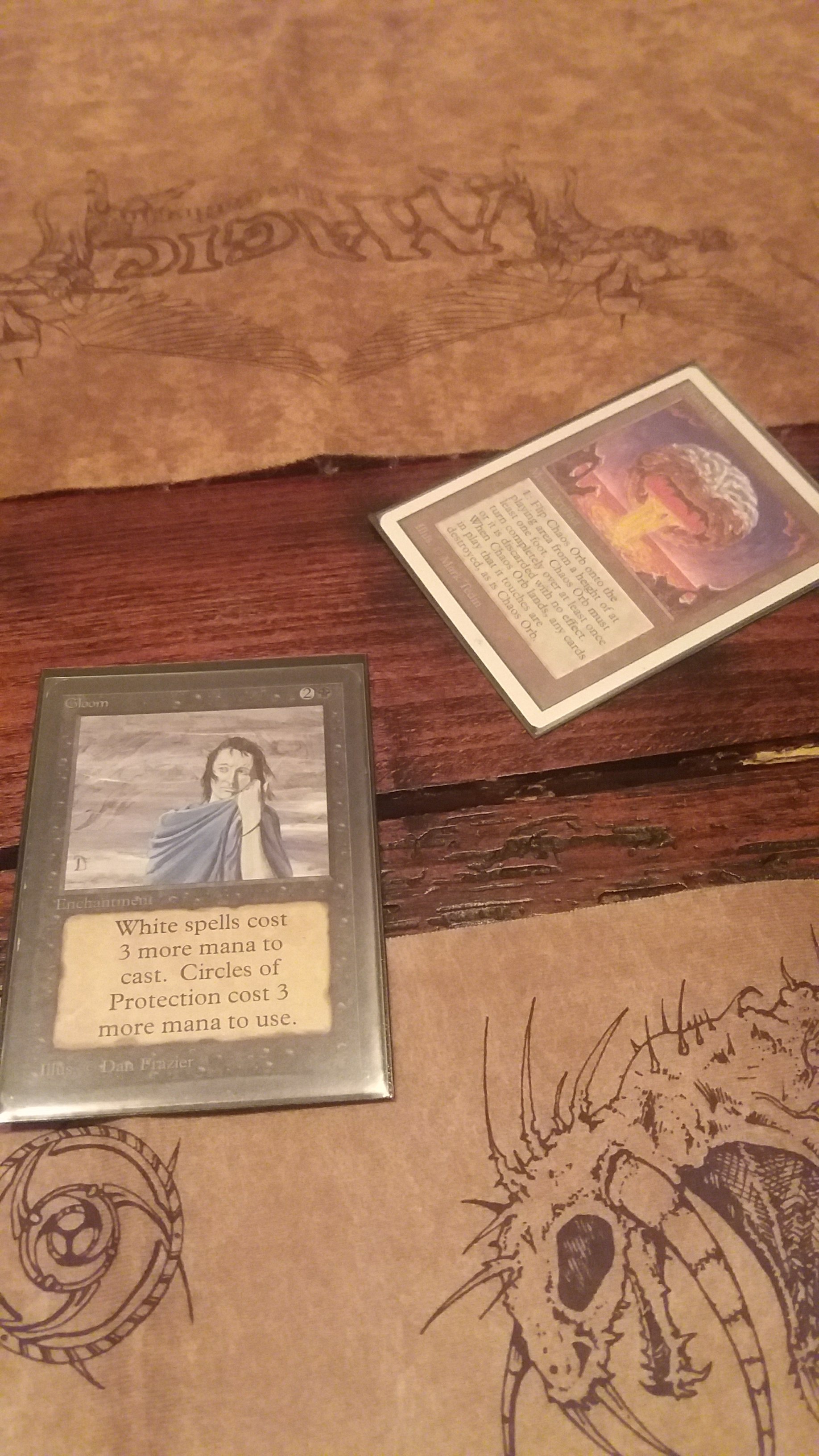 …..then he missed his flip on my Gloom. We fucking suck.

Even packing 4 Glooms in the side couldn’t stem the Crusade. 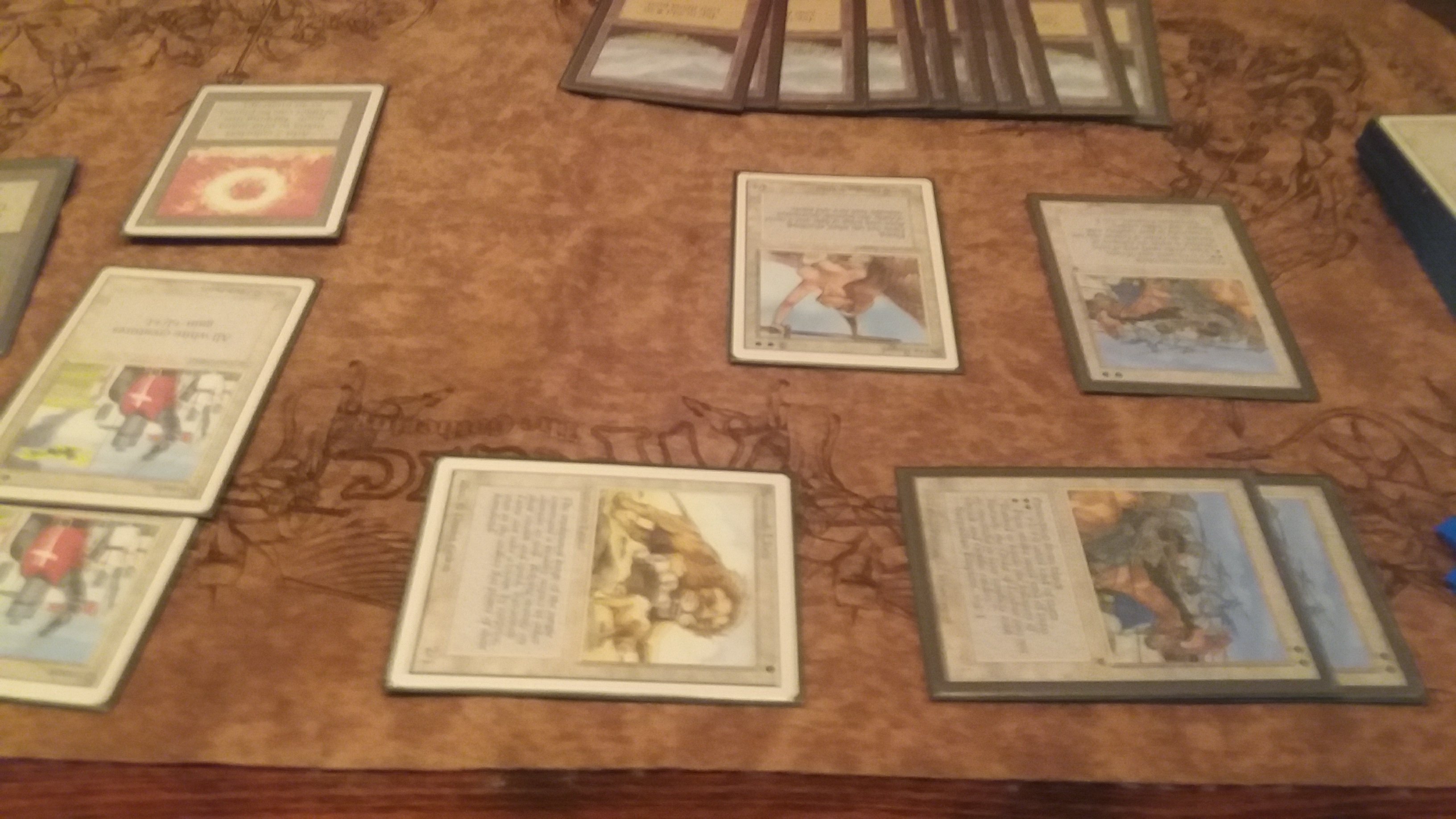 Most of the time I ended up looking at this bullshit.

Does my deck suck? Or am I just a shitty magic player? Hm. 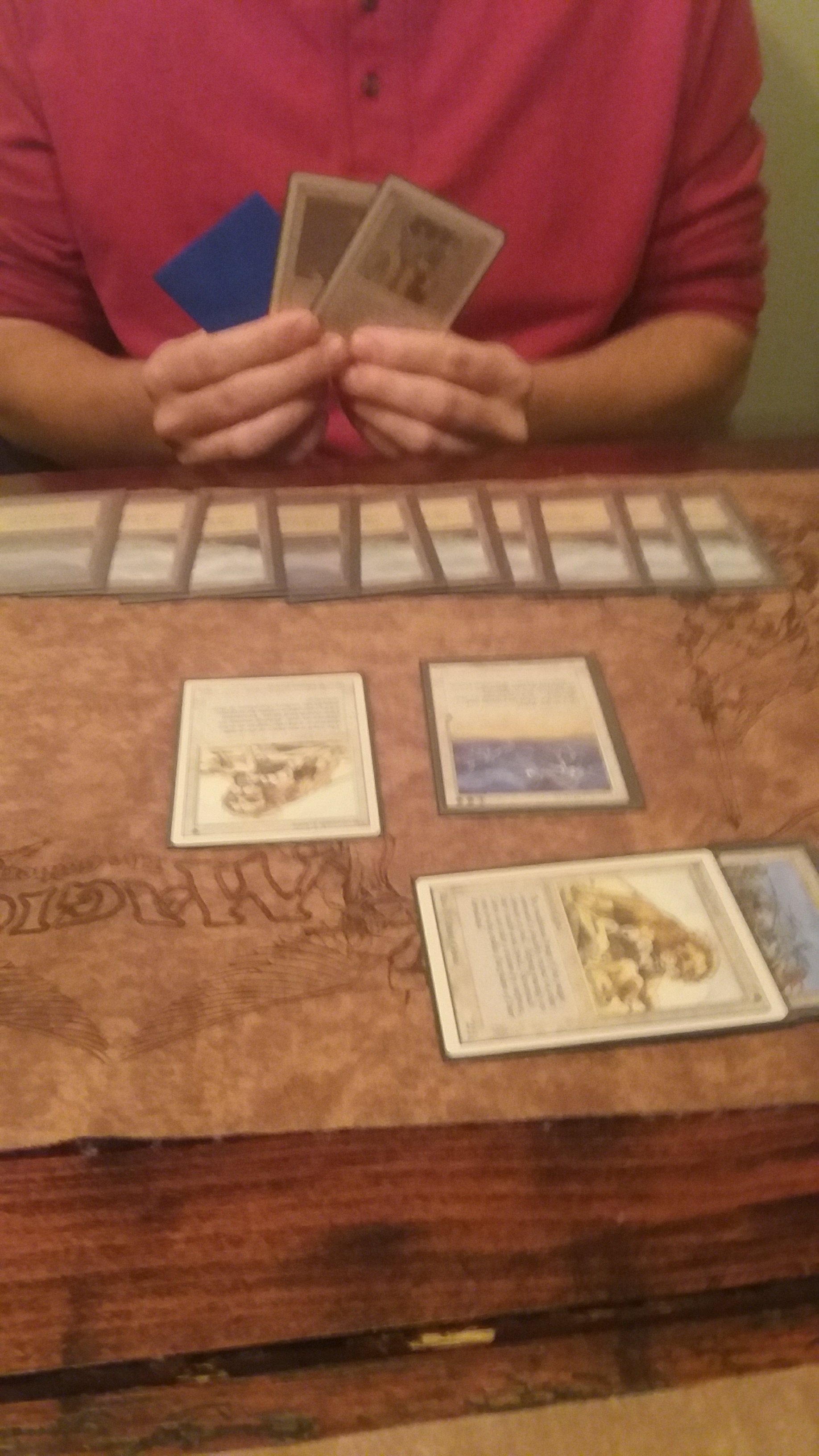 When you wish you played Word of Command maindeck. Look at this guy taunting me.

Probably both haha! But even losing in old school feels great. Even to your younger brother. And then…. 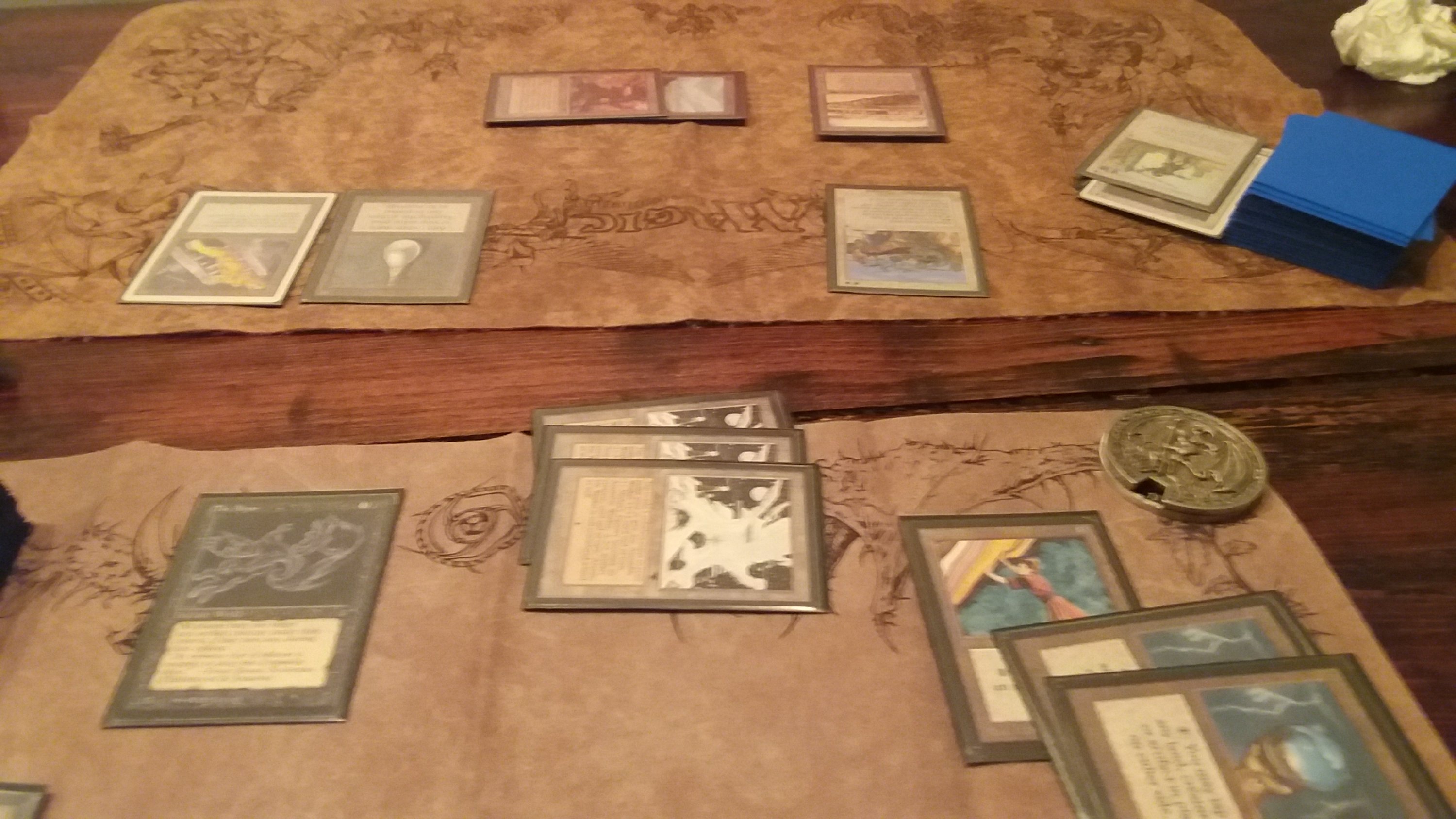 Every once in a while you win one with your strange brew. Feels good.

On Monday after Thanksgiving weekend I had the chance to live a dream of mine. 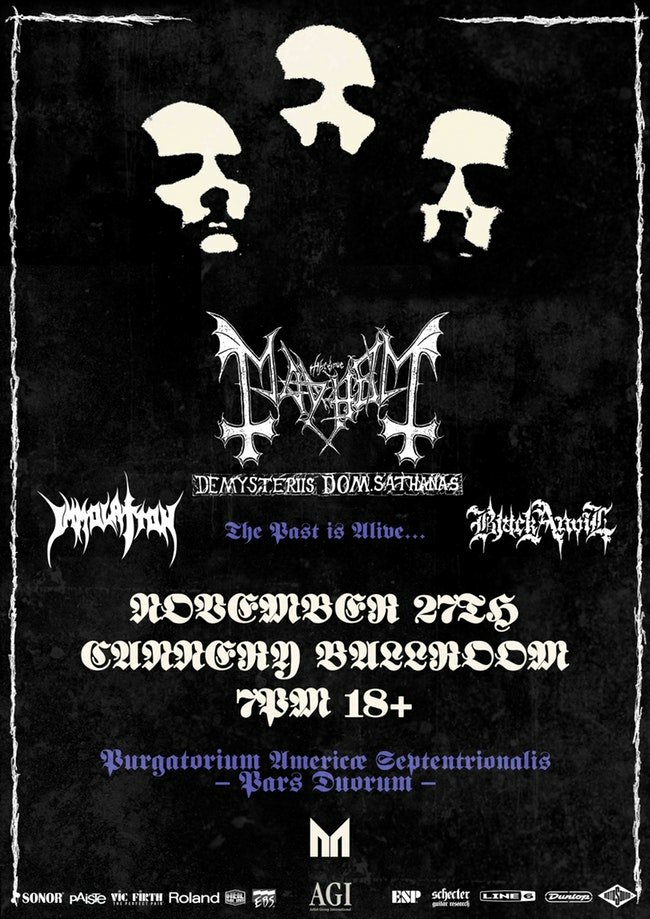 My sweet sweet Angel whom I love dearly gave her blessing for me to take a night off parenting and see Mayhem, one of my favorite Black Metal bands from childhood. I’ve never been to a Black Metal show, and I don’t know how often obscure Norwegian bands from the late 80s early 90s tour the US, much less come through Nashville, but holy shit it’s happening!

The actual day of, mama was mad at me for something, I forget what, and I felt guilty because I’d only get to spend about two hours with my kids before I left and they had just got back home. I hurried home after picking my kids up and in a whirlwind cooked dinner, washed dishes, and folded some laundry to assuage the feeling of guilt in my mind and with 3 kisses one a piece I was out the door to meet my brother downtown.

I was actually broke from Christmas shopping so my Bro bought my ticket and I gave him a Winter Mishra’s Factory. I had dragged him into coming, and even though he had to cut out early for a Hockey game it was a great time. The band asked the crowd to refrain from taking pictures and no words from me could do it justice so I think I’ll just keep my recollection to myself. 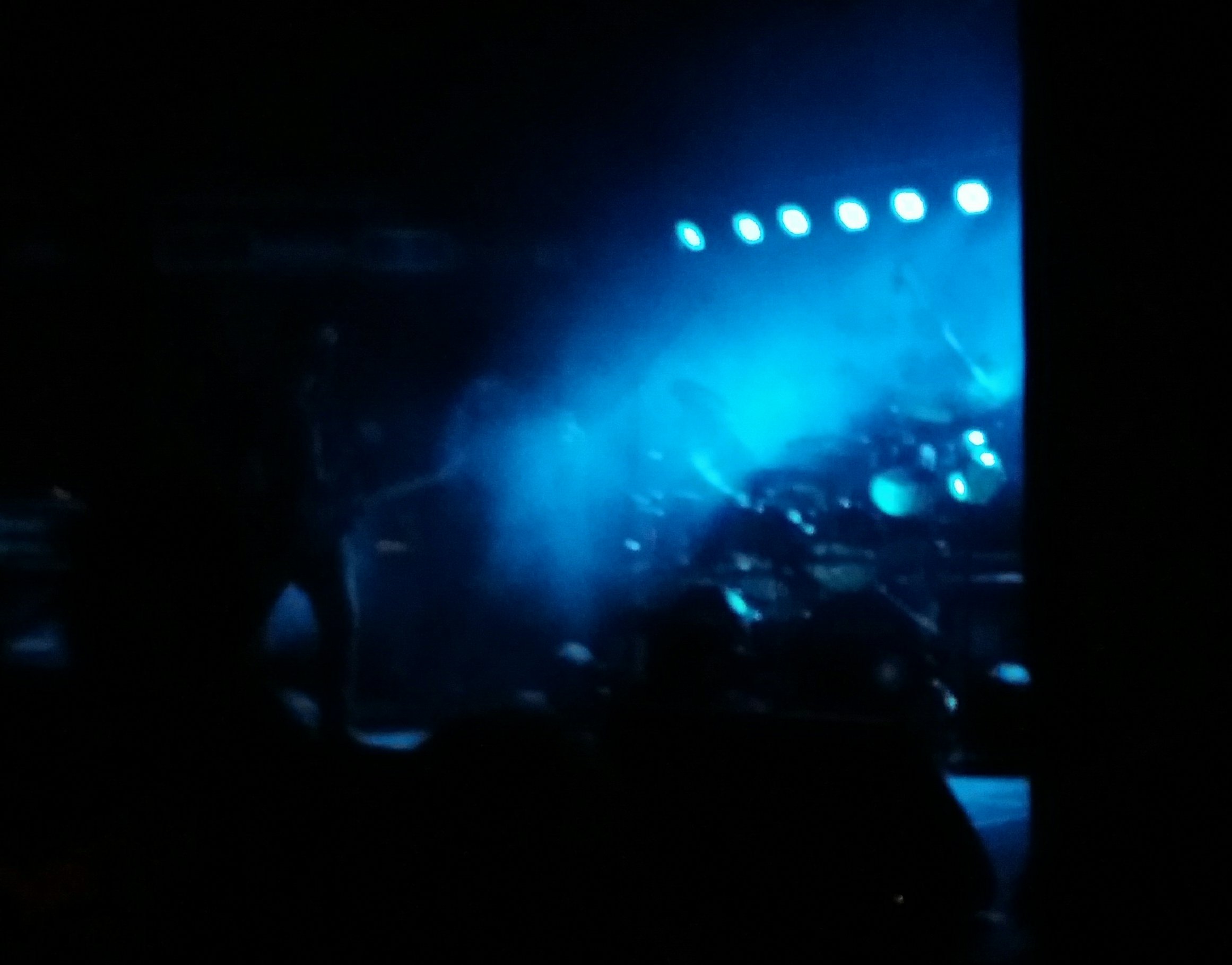 Saturday we had our monthly 93/94 meet up. I was running late and had to return some stuff for my girl on the way up to Nashville but I made it in time for Cayce to thrash me around a bit and to play a tight game against Derek’s mono black. 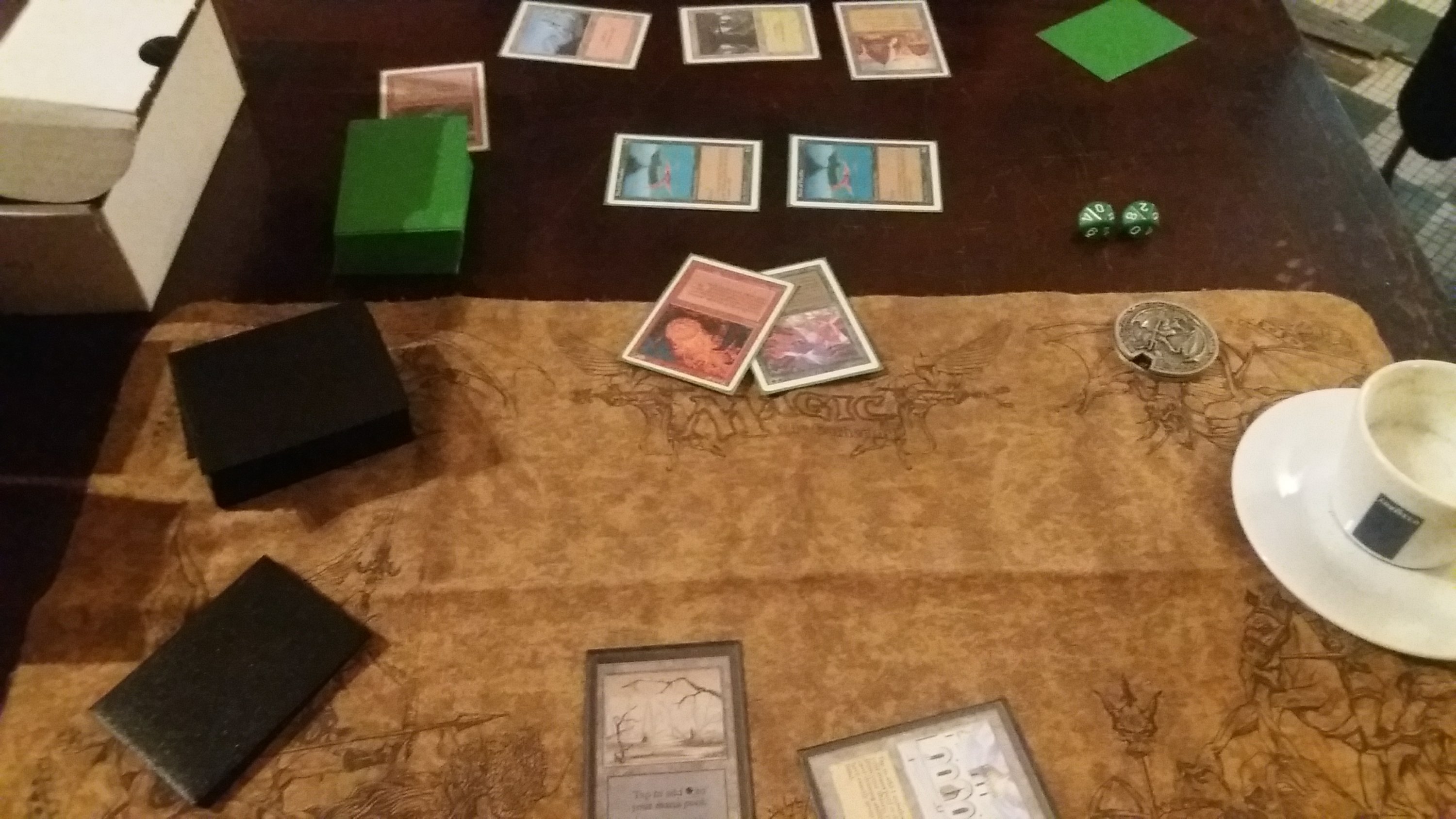 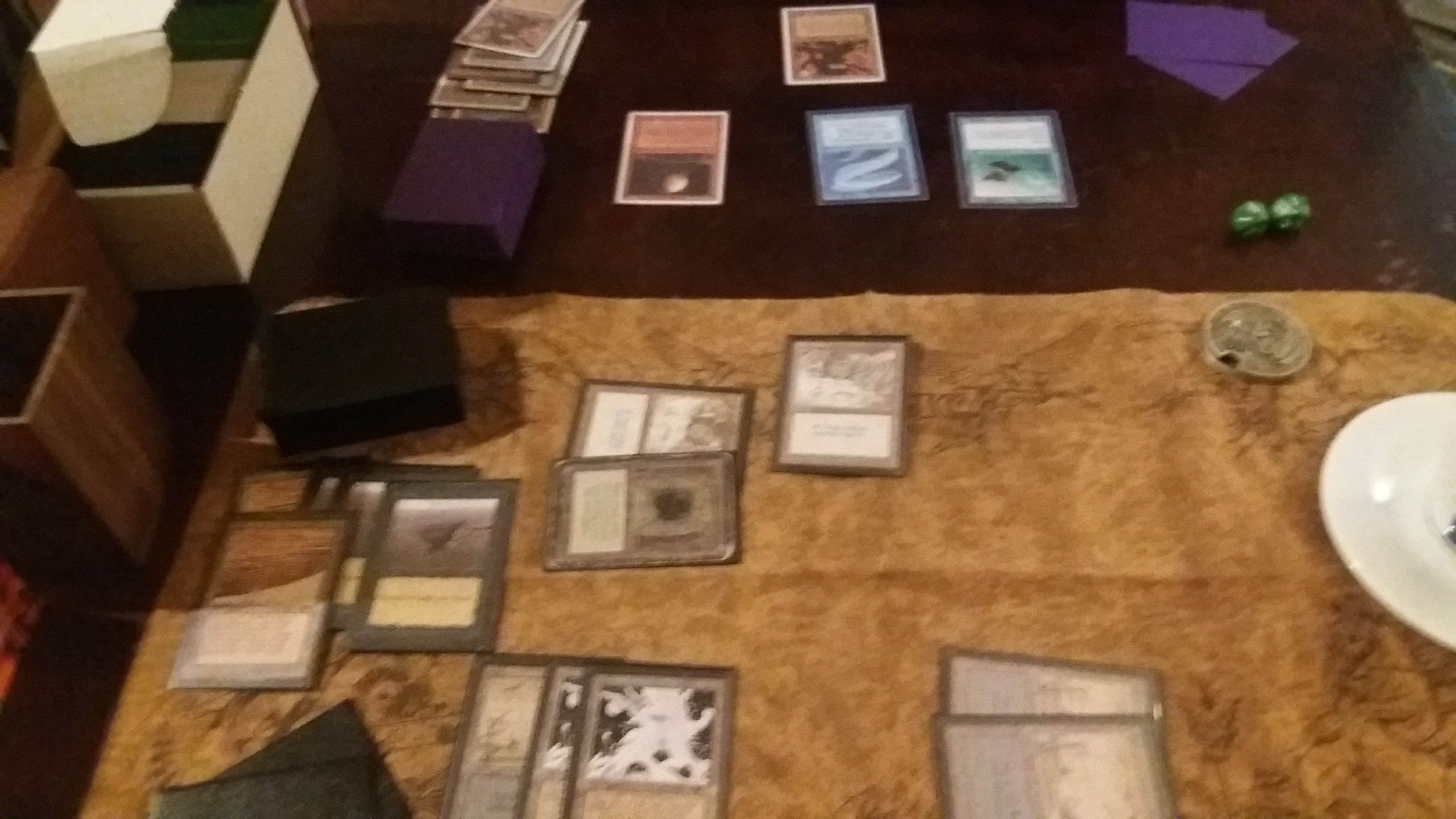 It’s possible I won this one. Drawing 3 Sinkholes and 2 Strip Mines early will do that. 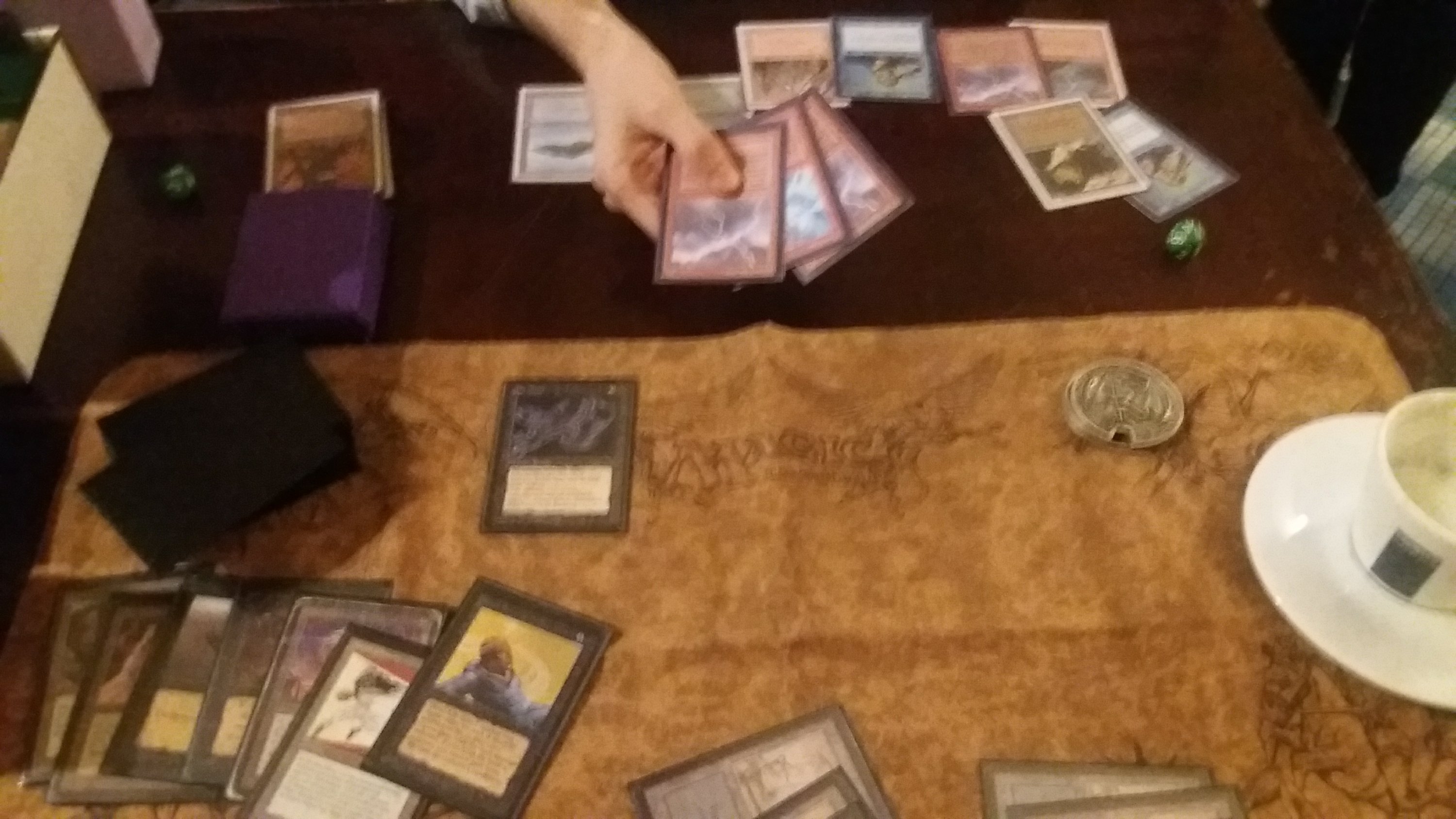 I did pull off Mirror Universe into Drain Life, Cayce showing me a handful of burn he couldn’t cast for lack of red mana

Mono Black Control perfectly epitomized the spirit of black mana. It slowly drained the life out of you just like time itself. But the deck underperformed, and I am missing my Juzams and Specters. I have a new project, and even as we speak my Nether Voids are en route to Card Kingdom to trade for Serendib Efreets and Erhnam Djinns. It’s time I explore new colors of mana. All things must change.