On the Path of Return 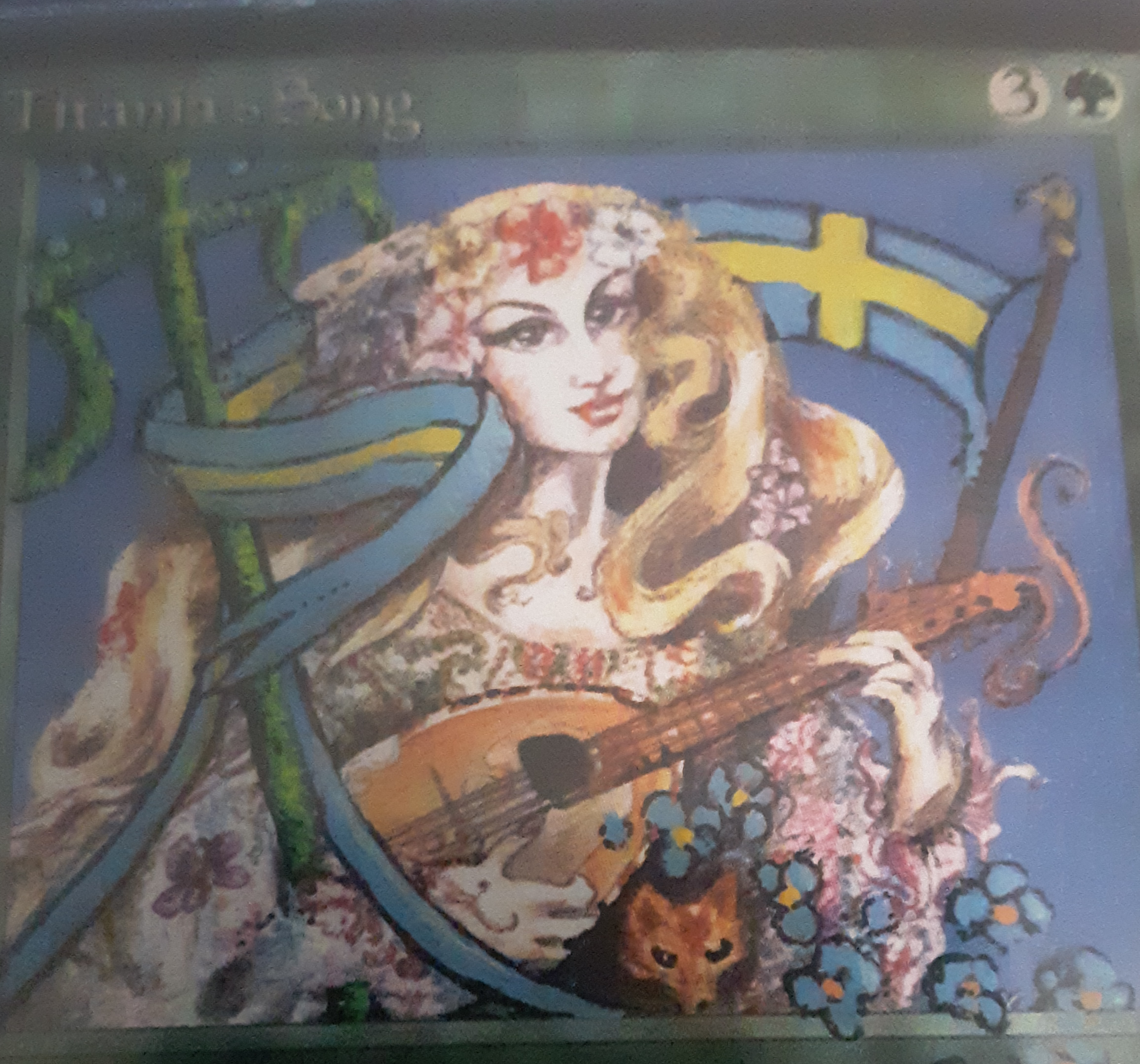 The nuance of this game as a competitive format is beyond me. I don’t know what the best deck is, I don’t know who won what or what latest controversy has ignited the latest iteration of the same old debates from four years ago. I don’t have an opinion as to what is the preferable number of Strip Mines nor can I give you advice on how to design a sideboard for the current meta. I’m not absolutely sure I know what the current meta is exactly.

If you’re looking for information about how to improve your deckbuilding expertise, or to glean insight into the competitive or financial aspects of this game, there are many channels that will cater to your needs. This isn’t one of them, however. I can only offer my own view on what this game has meant to me. I can only express my gratitude towards those whose unbridled passion and creativity has given birth to something that is far greater than the momentary happiness gained from making the right play or executing a profitable trade.

You may or may not have noticed my absence from this blog, if you know who I am at all. This self-imposed exile from the most visible forums of Old School Magic isn’t a political statement nor a protest in condemnation of the negative aspects of it’s exponential growth. It’s not due to sickness, nor an emotional malaise, though perhaps a spiritual one. While it is true that my personal life the past year or so has been marked by hardships, it is only in struggle that we can forge ourselves anew. I consider myself blessed to have been given the opportunity to challenge myself every day to become the man I was born to be, to overcome seemingly insurmountable obstacles. 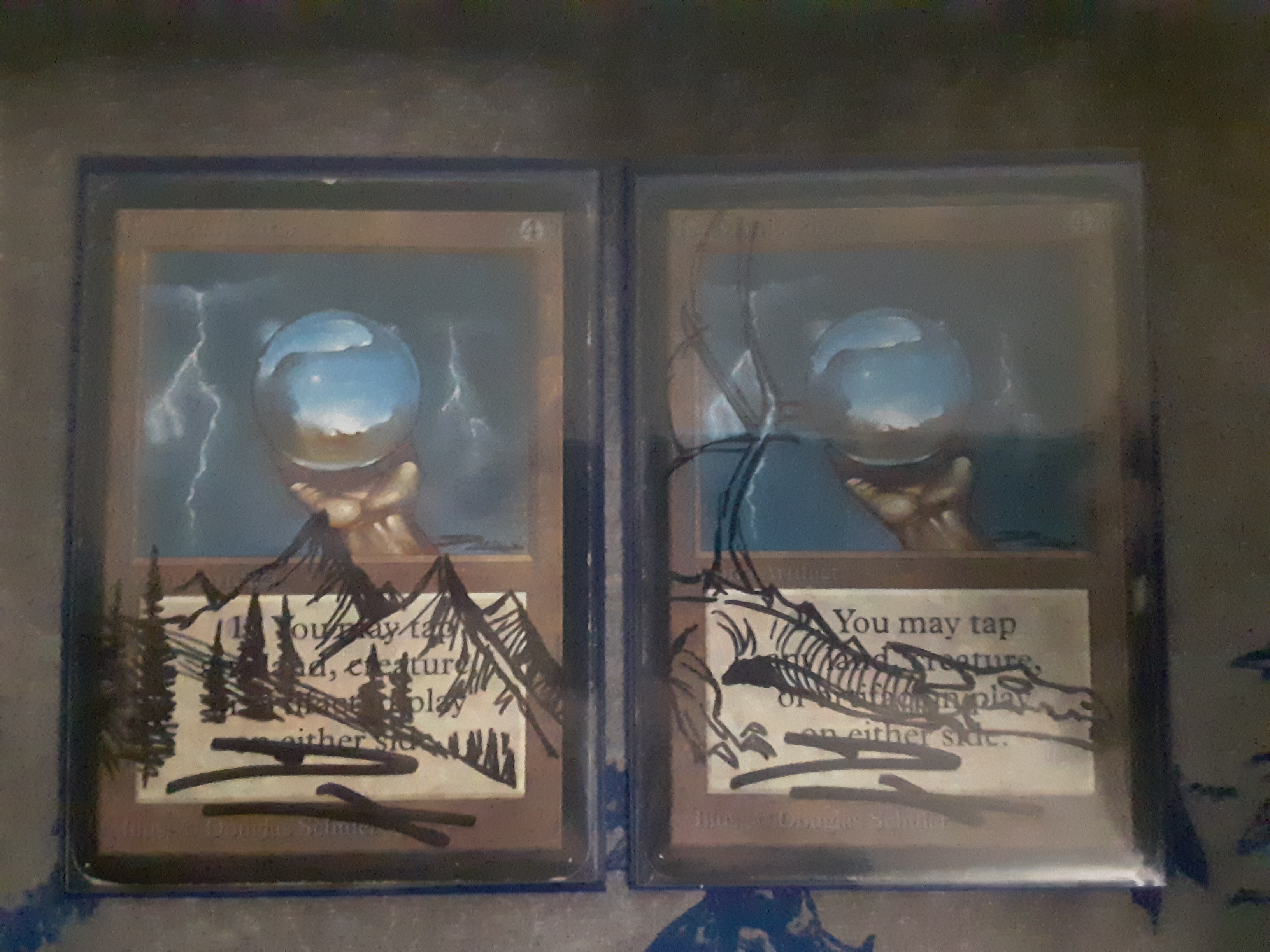 The spiritual mountain I must climb on my path of return

Although I haven’t reached the summit of this mountain, the higher I climb I find myself able to view the world with increasing clarity. In loss, we are able to find a greater understanding of that which we do have. I realized that I had become too entangled in the materialism prevalent in the world today, and left it’s shores in search of something more meaningful. And so Old School Magic became less and less of a concern, at least in it’s outward expressions. Decisions such as what deck to play and what version of a card to acquire lost it’s importance.

My collection was never the most impressive, though it was something to be proud of if one cared about such things like the shape of a card’s corners or the color of it’s border. I had spent many years building this collection, and I can objectively say that it was a beautiful thing. I spent many nights flipping through the pages in my binder, sometimes with my son, admiring these relics of a time that now felt very far away. In a way they were a testament to simpler times, the bittersweet honey of nostalgia that stirs the most fond remembrance and none of the bad days now behind.
The night I moved out of the house I shared with my now ex-fiancé, where we had started our family together and shared so much joy, I realized I didn’t own much. Everything I owned, clothes, some books, and a binder full of Magic cards fit in the cab of my truck. And none of it meant anything to me in the moment I would pull out of that gravel driveway for the last time. I didn’t know what the future would hold for me and my kids, and all I could see in my mind was them crying as I was forced to leave them behind. My heart was broken. To be honest, it still is in a way. I see my children almost every day, but there are no easy answers and the future is still uncertain.
When I first began this new chapter of my life a little over a year ago, I wasnt sure if I could keep my head above water. It felt as though I had lost everything. I knew that if I was to make it through the challenges that awaited me I would have to change. I would have to be stronger. If not for myself, then for the two little people who needed me. I could not, would not give up.
I set out to rebuild a new life from the ashes of the old, and through this time of loss and uncertainty I realized I had the greatest group of friends in the world in Music City Old School. I didn’t talk about it all too much, but I think they knew. Just going to meet ups and having people to spend time with did me a world of good. Sometimes we didn’t play Magic at all. We’d just all get dinner or sit outside talking about life. Either way I was never alone, and thats what Old School Magic is to me. These people are not just my friends, they’re my family. 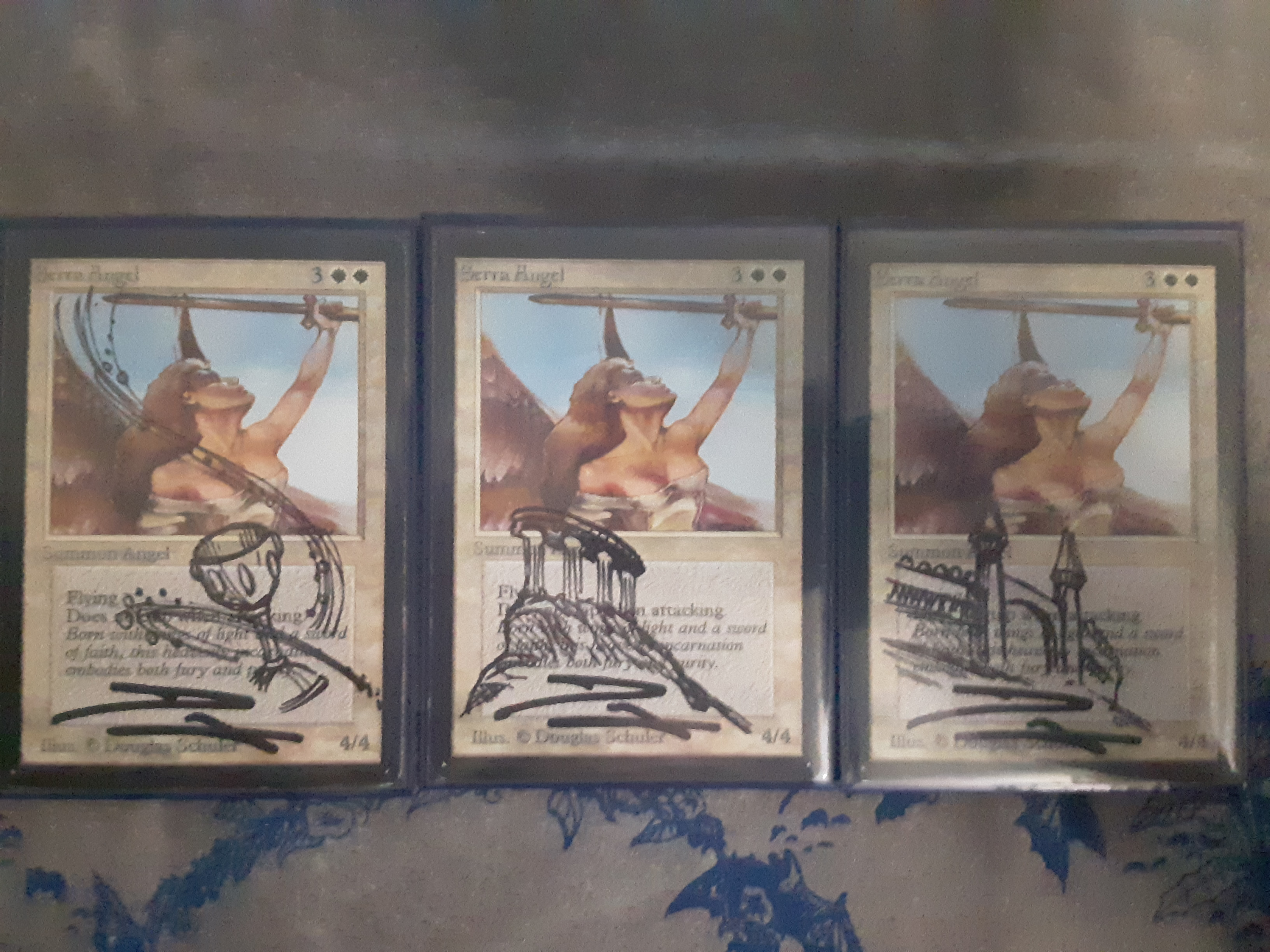 Angels bearing the Grail, the Oracle, and the Gate

As the realities of separation set in and I began to navigate the legalities of the situation the impact on my finances has become more and more pronounced. My collection has dwindled to a mere shadow of its former splendor. I began lifting and wanted a power rack for the garage, and my collection became a little smaller. I rekindled my interest in Hermetic and Perennial Philosophy and as books cost money, my collection became a little smaller. I started practicing Yoga, sold a few cards and bought a mat. Having more cards then I needed to play my deck became less and less important, and I reinvested that equity in the best way possible. In myself.

For over a year now I’ve played the same deck, the Titania’s Song prison deck. Its become my passion. When you invest your energy into a single deck, it becomes an expression of your personality. You look for signed cards in the prize pool that would fit into your creation. Your friends make you alters and hook you up with cards that fit the aesthetic. Memories become attached to particular cards, and in a way it becomes a reflection of everywhere you’ve been and everything you’ve gone through. 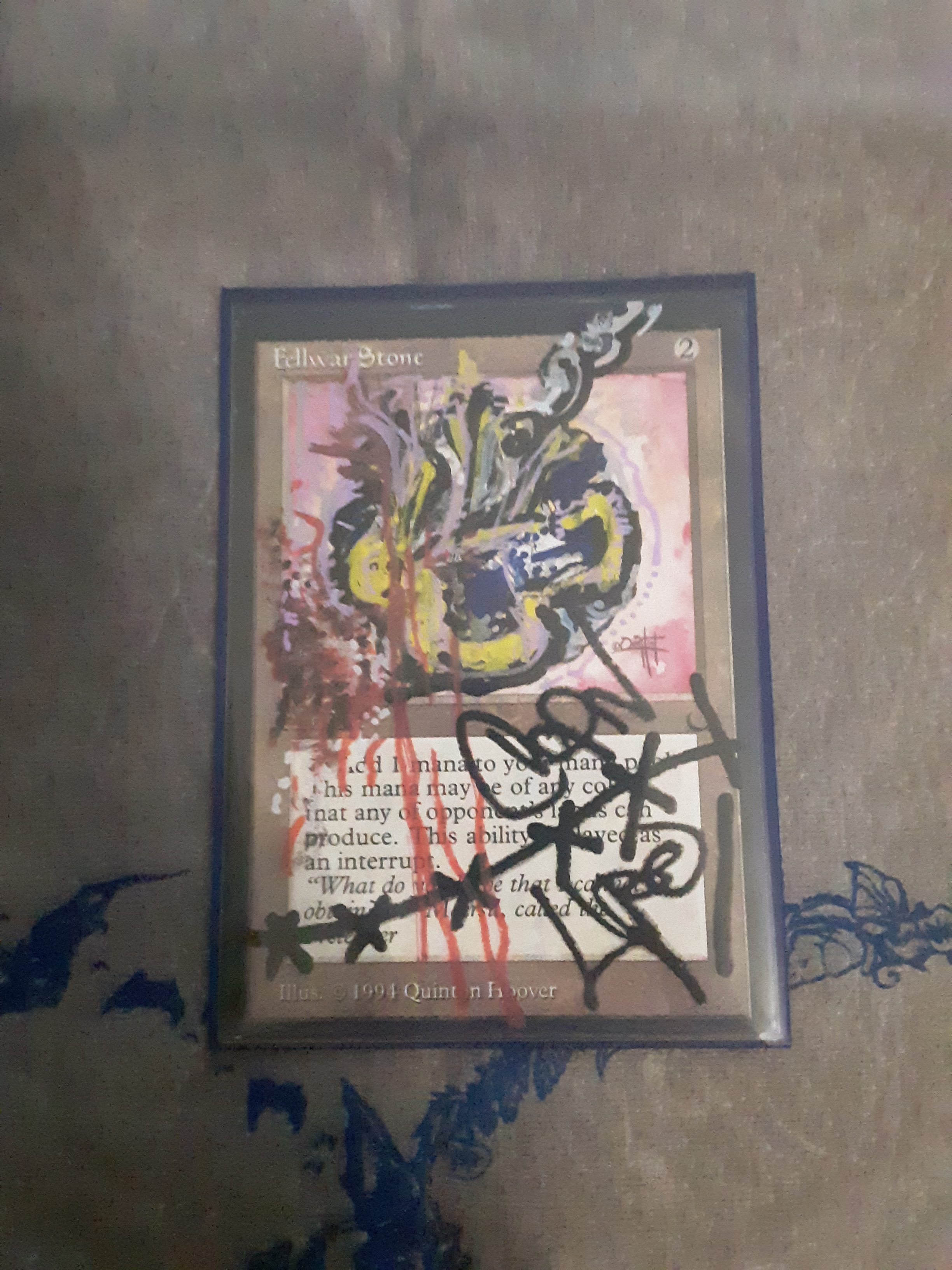 Brother Mike made me this sick Fellwar Stone at Kumite II. 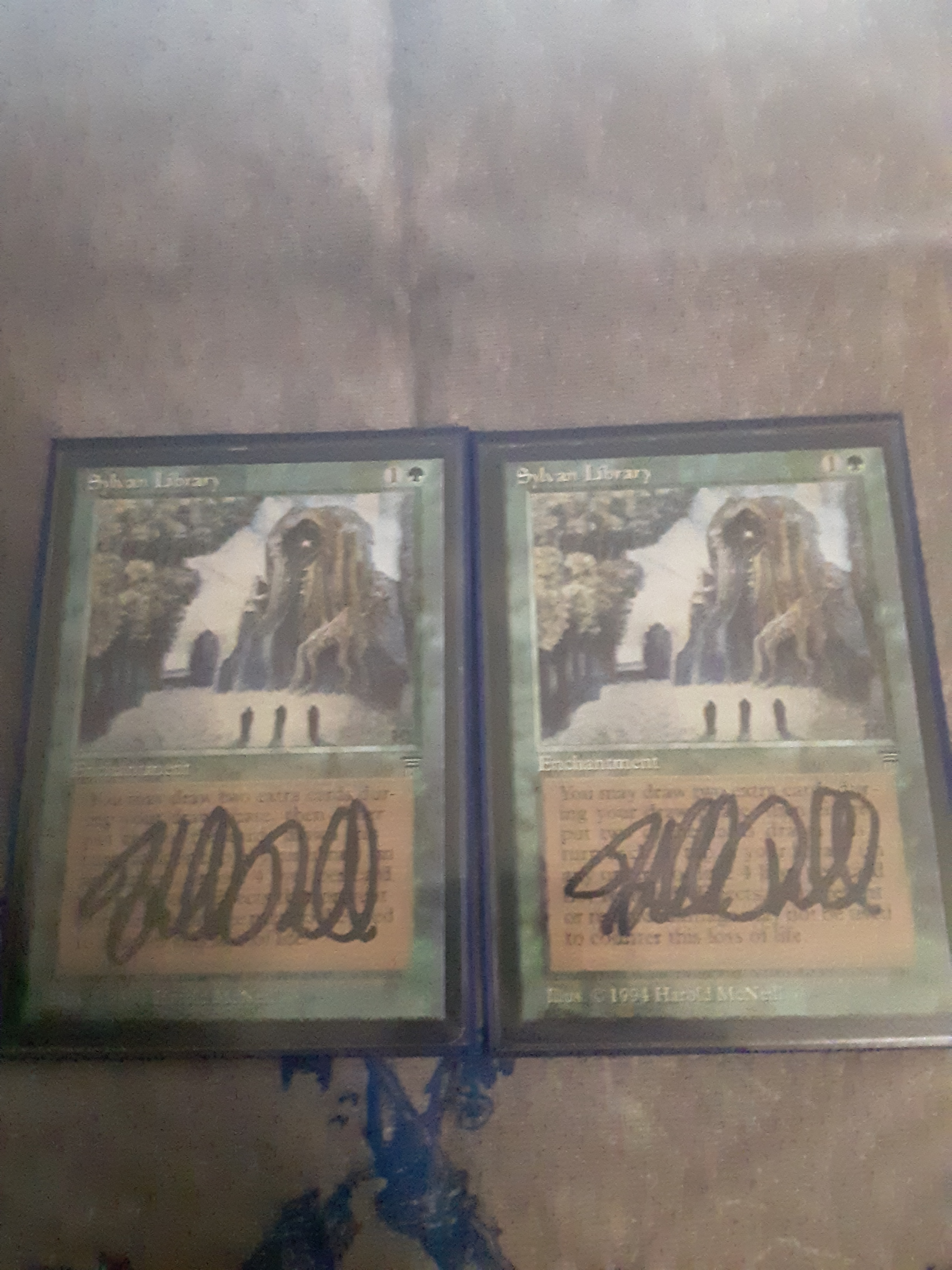 Brother Josh hooked me up with these sweet McNeill sigs from his own collection. 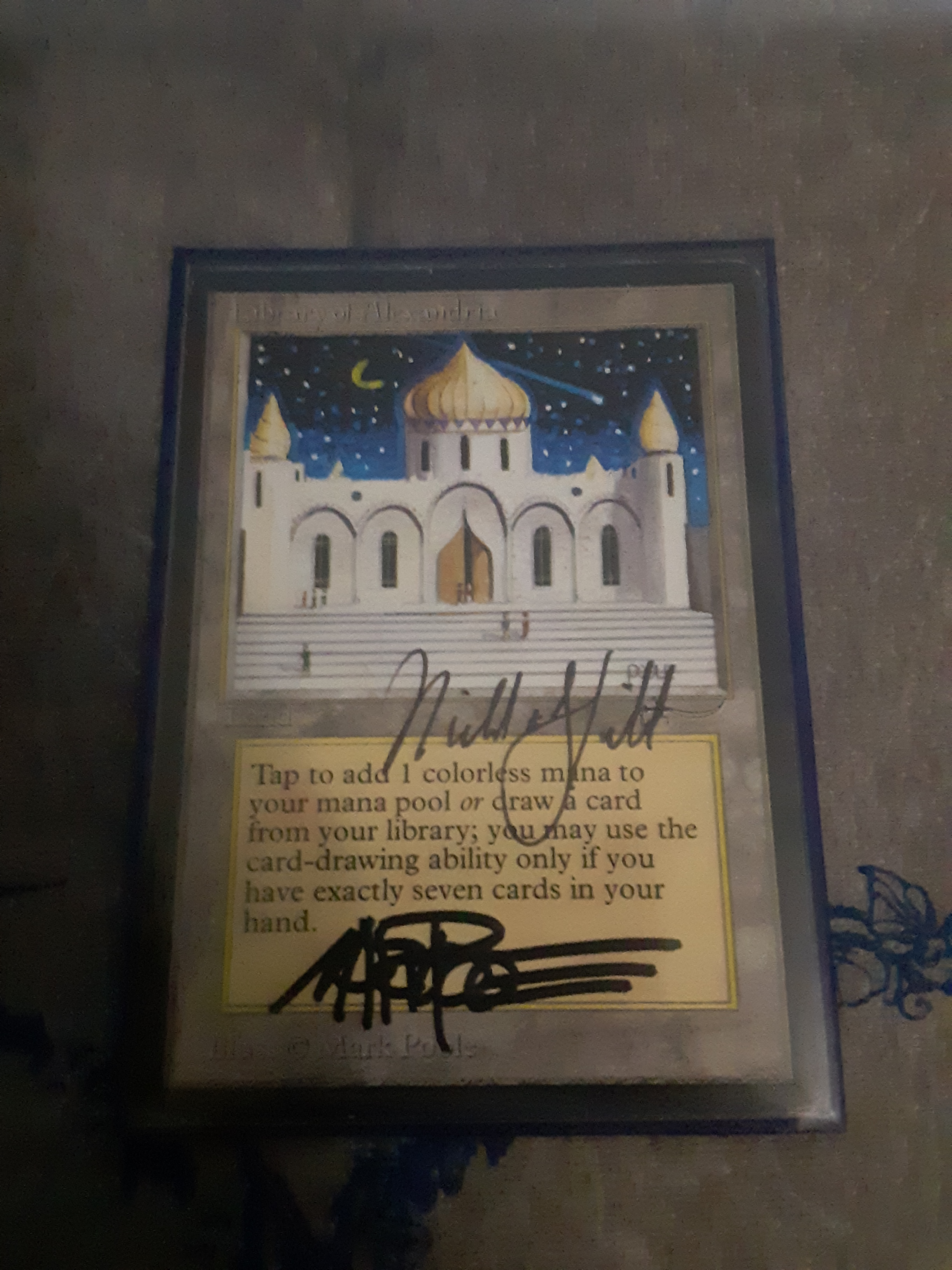 Brother Brian muled some cards for me to GP Vegas to get signed and altered, which as if that wasn’t kind enough he swapped me his Garfield signed Library for my copy to get altered. Wow. 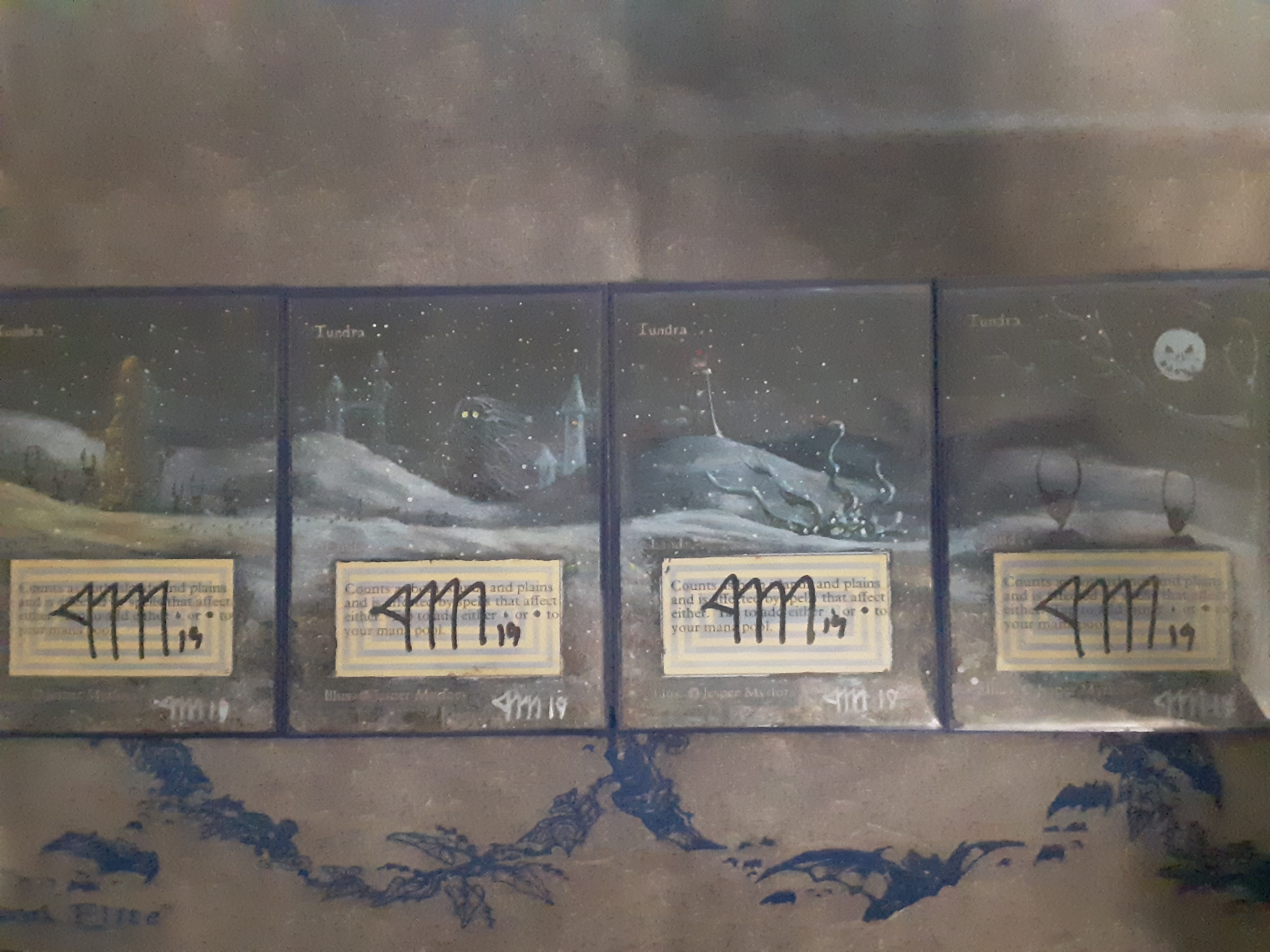 Well I may not have Beta Tundras anymore, but Brother Derek put me in touch with Jesper to have these beautiful full art alters done. I wouldnt trade them for Alphas.

My deck might contain less Alpha or Beta cards than it might have before, but it is more beautiful than ever. It’s become a monument to the generosity and good will of the Old School community.

One day I will show my deck in full, and share with you all the Mysteries of Titania. I haven’t mentioned many names, but for those reading this who I count among my friends, my brothers and sisters, I have nothing but love and gratitude for you. Thank you for allowing me to be a part of your life and being there for me when times are tough. I dont know what will become of Old School, but I truly believe the best times are still ahead.

As my brother Cam once said, “Focus on the people and not the cards and our best years will always be ahead”.