A Meditation on Solitude

The house is way too quiet. I can’t sleep. My family has been gone to visit relatives and I haven’t seen them in five days. Tomorrow they come home, and maybe it’s the anticipation that agitates my mind. The reason doesn’t matter, what matters is I’m awake and dreaming beneath the Bodhi tree. 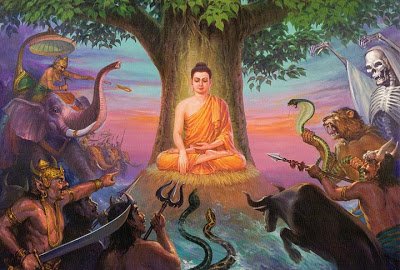 I’ve largely tuned out of politics the past month or two. Usually an area of considerable interest, I’ve become weary of the Sisyphean task of discerning the truth in a sea of lies. Once I voluntarily served this country and the freedoms enshrined in the Constitution thereof. But the fires of idealism that burned in my youth have been extinquished by a slow realization that things are not always as they seem. I’ve resigned myself to watching the world turn around me. We truly get what we deserve and I’ll leave it at that.

Without the usual distractions and admist the onset of Winter’s grasp the vessel of my mind lay barren. There is beauty in emptiness. Emptiness is the nature of all things. The wellspring of the most wonderous and fearful illusions.

But you are not here for the Dharma and the ramblings of a Derranged Hermit. You are here to grasp the higher mysteries of Magic: the Gathering. The seeker is often dissapointed once the journey is ended, perhaps you knew where the path would lead all along.

After a considerable effort pooling what resources I had and crafting UB Suicide Aggro the deck lived up to it’s name and I was killing myself as often as my opponents. I went 1-3 at our Christmas tournament. The self-inflicted damage from Juzam, Serendib Efreet, Psionic Blast, Greed, and City of Brass was too great a debt to be paid by a few Drain Lives. 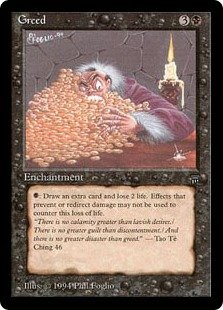 As the cold of Winter and loneliness entwined I renewed my efforts to reinvigorate Mono Black Control. I was commited to splashing Blue for card advantage, as Blue and Black are the most aesthetically pleasing color pair in my opinion. Hours passed as I lost myself sifting through Type 1 Necropotence decklists and tournament reports on The Dojo. Searching for ancient wisdom and forgotten lore. 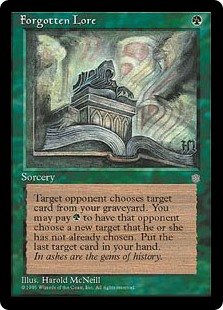 I found an article that broke down a sucessful Necro deck into five aggregates, which reminded me of how the Buddha described sentient beings in terms of five Skandhas. The five Skandhas of Necropotence were:

According to Paul Pantera, John Immordino laid the groundwork for Mono-Black Control, by applying the concepts of Weissman’s “The Deck” to the budding Black Weenie decks. He did this by adding four Nevinyrral’s Disks, which he likened to counterspells, and four Hymn to Tourachs which supplanted The Deck’s Disrupting Scepters. Thus by leaving a Disk on the field of battle, and Hymning the cards out of the opponent’s hand, he managed to threaten the resources of the opponent whether they casted them or not.

Hymns and Disks we have in 93/94, but Necropotence we do not. I began to meditate on these profound insights and see how they might be applied to the card pool available before The Skull was ever unleashed. We do Time Walk after all. 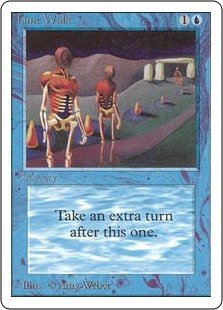 Lets start with the first Skandha, Early Disruption. Indeed Sun Tzu remarked that “what is of supreme importance in war is to attack the enemy’s strategy”. Mono-Black has primarily two ways to do this: hand destruction and land destruction.

Mind Twist is an automatic inclusion. As is a playset of Hypnotic Specters. If you do not understand why Hypnotic Specter is the best creature threat in 93/94 then perhaps there is not much wisdom here for you to glean. Four Strip Mines are also too powerful to pass up, and thus the heart of the first Skandha is formed. 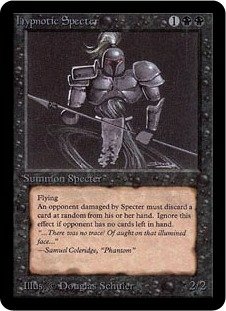 Which leaves us with three options to choose from: Hymn to Tourach, Sinkhole, and Underworld Dreams. Each has their own strengths and weaknesses, but due to deck size constraints we have room for only two. Is there a powerful combination hidden within these ancient curses?

Hymn and Underworld Dreams have great synergy, Hymn empties their hand and Dreams punishes them for trying to refill it. As we are splashing for blue, this combination makes Braingeyser more attractive over Timetwister. Braingeyser can be used to kill an opponent if there are a Dreams or two on the table, whereas Timetwister would undo all work we put in to relieving them of the burden of holding a full grip. The double-blue and triple-black mana costs can be taxing, however combined with the playset of Specters this gives us the greatest density of powerful hits off of a Turn 1 Dark Ritual. 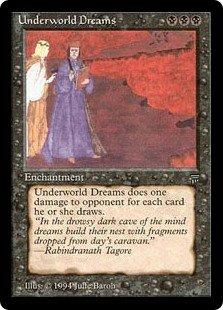 We could forgo Hymns for Sinkholes. The big advantage in playing Sinkholes over Hymns is this makes our deck a natural home for Timetwister. Timetwister not only will burn our opponent for seven damage per Dreams in play, but they may not be able to capitalize on their fresh hand of seven cards due to lack of available lands in play. This seems to be the most high risk-high reward combination, as to get the most value you must have several pieces in play, but is possibly the most powerful as this year’s Noobcon 9 winner can attest.

Finally we can choose to play both Hymn and Sinkhole. This is probably the most controlling option. There isn’t a great synergy here besides Hymn being able to take lands out of their hand, but this pair combined with Specter, Mind Twist, and Strip Mine is the most likely to grind the opponent out of resources over a prolonged game. One benefit I see to dropping your mana curve is you can probably shave a Dark Ritual, which is generally a bad draw mid to late game. 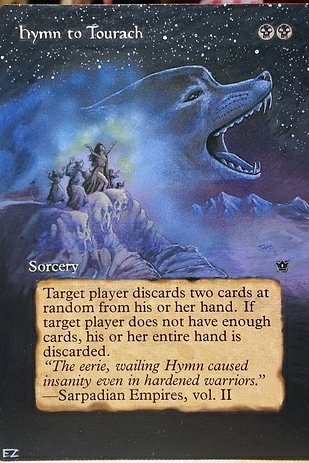 The second Skandha of a successful Necropotence deck is Fast, Powerful Offense. We need look no further than the Juzam Djinn and Hypnotic Specter. With two of the three best creatures in 93/94 at our disposal and the Dark Rituals to power them out as early as turn 1, we are not hurting for firepower. Some other good options include Black Knight, Order of the Ebon Hand, both Serendibs, and Sengir Vampire. Be aware however that a larger contingent of creatures will eat into your allowance for disruptive spells, and the blue Djinns and Efreets have their own drawbacks and tax our manabase further.

Mid to Late Game Threat Neutralization is fufilled by Nevinyrral’s Disk, just like the lists in ’95 and ’96. While we lack Serrated Arrows and Contagion, we do have access to Terror, Pestilence, and Icy Manipulator. These cards are best regulated to the side board as they all suffer serious drawbacks in certain matchups, but I wouldn’t even consider them until I’ve already found space for three to four Disks in the 75. 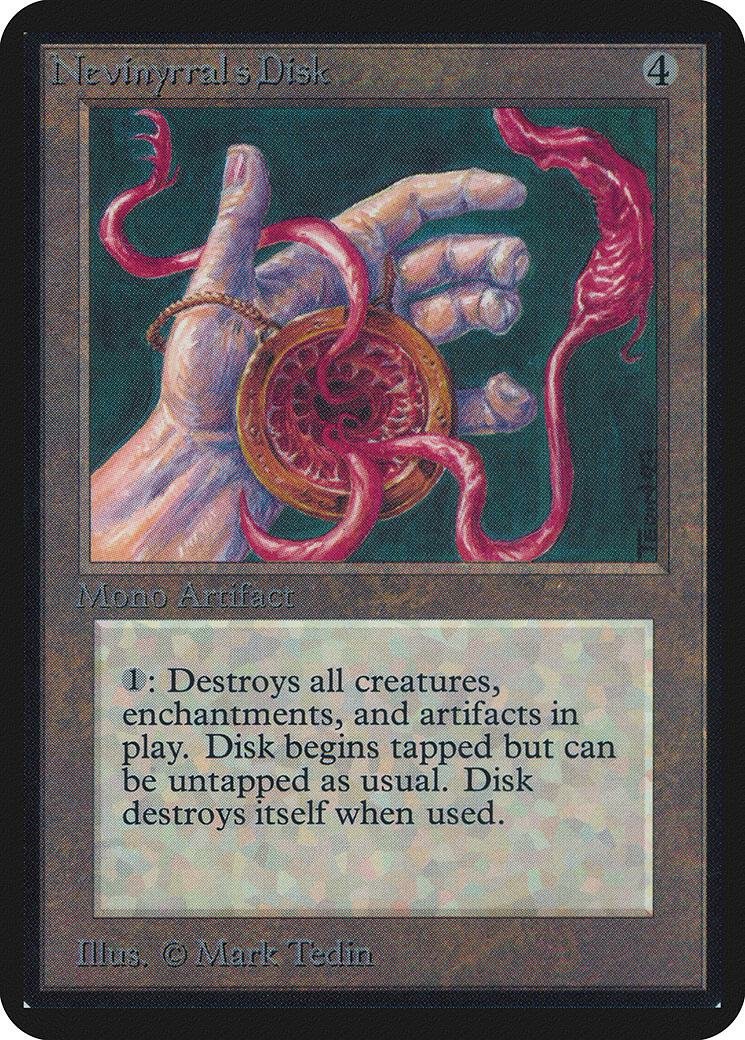 Life-Gain, the fourth Skandha, is much harder to fufill in 93/94 than in the Necro decks of later years. Of course, since we don’t have access to Necro itself this isn’t quite as important, although as we are splashing for Blue we will suffer additional damage from City of Brass. Nothing can substitute for the powerful Zuran Orb, and I’m not sure it’s worth playing Ivory Tower without the Skull to keep your hand filled. Three or four Drain Lives may be enough for our purposes, with or without a Mirror Universe.

And last we have Card Draw. Any Control deck needs an engine to keep turning fresh cards. Unable to access the namesake card, Necropotence itself, we will have to settle for the much weaker Greed or perhaps Jayemdae Tome. These cards are much, much slower. However we gain some powerful spells of our own over the Type 2 players from the Black Summer, cards like Library of Alexandria, Ancestral Recall, Braingeyser, Time Walk, and Timetwister. 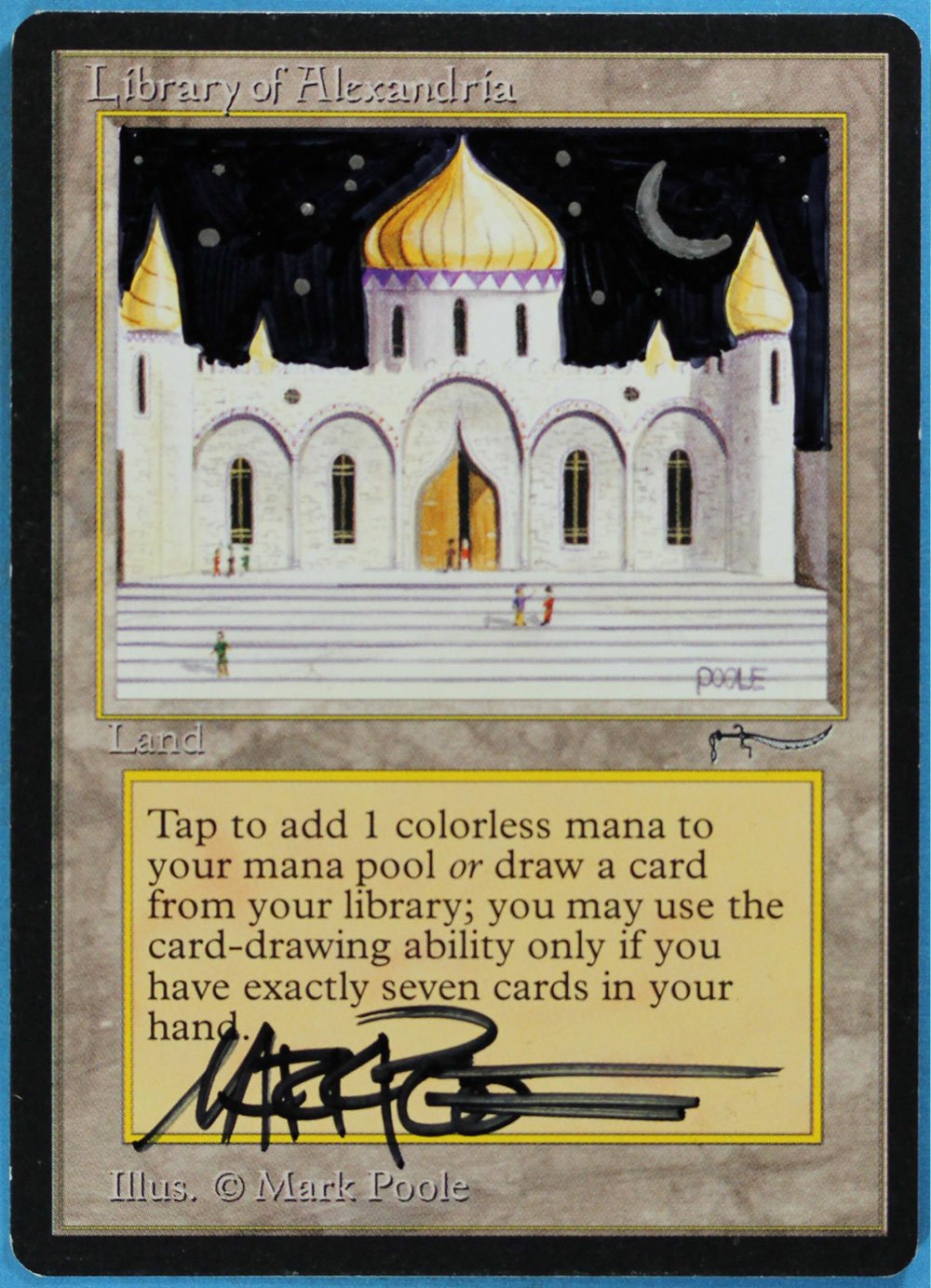 While digging deep into the first hand accounts of Type 1 players I discovered some interesting sideboard technology. UB decks lack a variety of answers to opponent’s Enchantments and Artifacts. Generally a few Energy Flux in the side board and that’s it. But with access to three or four Disks this seems a bit redundant. I saw some Type 1 players having success with the compact sideboard package of Hurkyl’s Recall and Nether Void. Hurkyl’s can bounce all the opponent’s artifacts back to their hand then Specter or Hymn can force a discard. Following up a Hurkyl’s with Void can tax their ability to replay their moxes and considerably slow down their redevelopment. This also gives us an additional out to The Abyss and a way to defend our own artifacts if need be. I am pleased, both aesthetically and strategically, to adopt two Hurkyl’s and a Nether Void over the mundane Energy Flux. 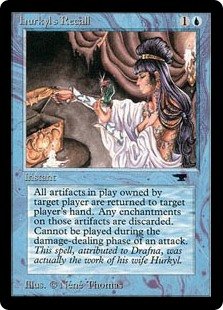 Of course Guardian Beast gets a nod here for the incredible synergy with both Chaos Orb and Nevinyrral’s Disk.

Its easy for the philosopher, the dreamer, to dround in the excesses of the mind. The poetry of knowledge spun and weaved makes a most efficent web that can entangle our motivation to act.

I believe we have exausted the limits of the dichotomy between theory and practice. It is time to pick up the sword. 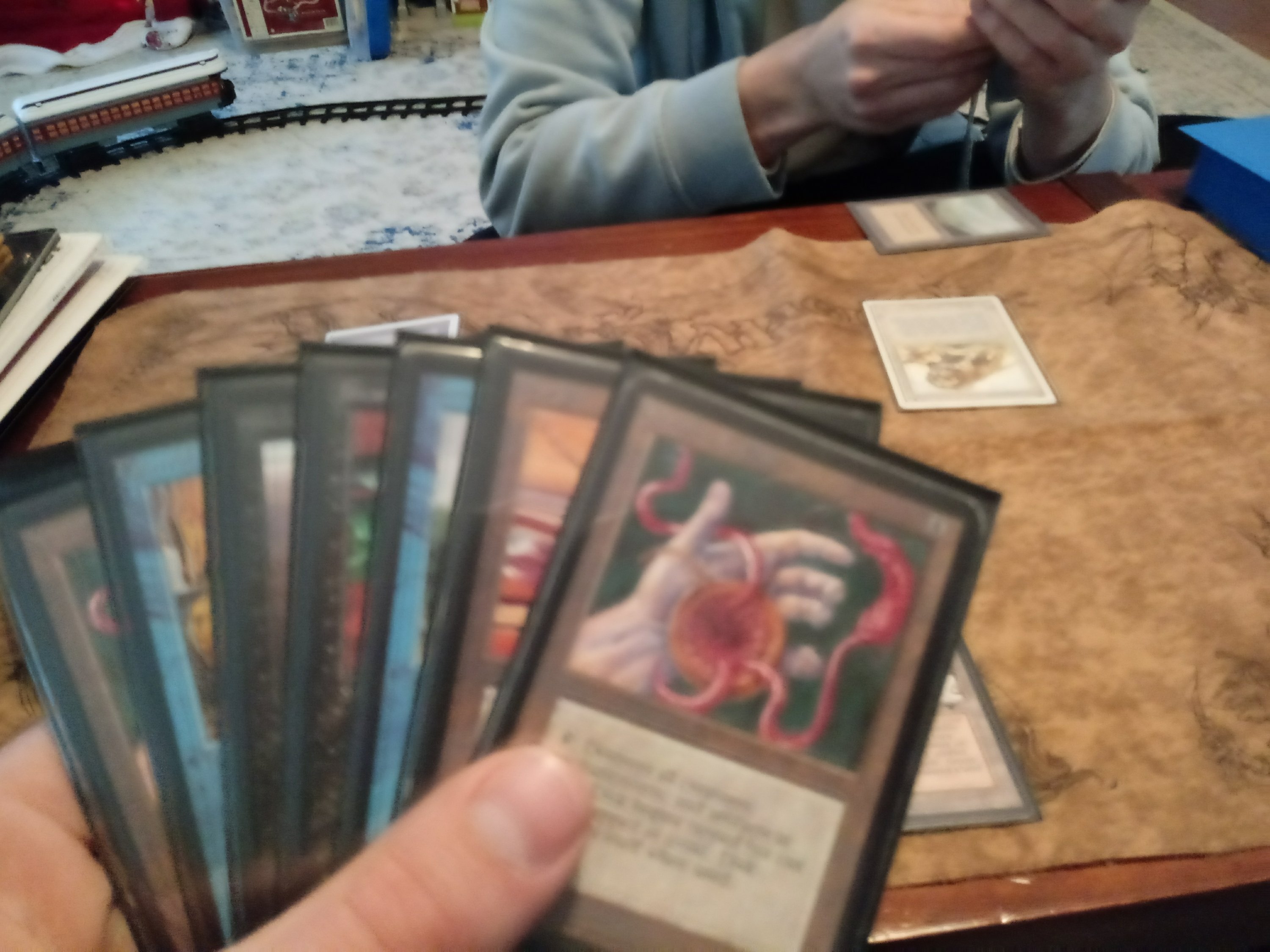 I almost never mulligan, prefering to leave my chances to fate. A hand of powerful cards without mana to cast them. 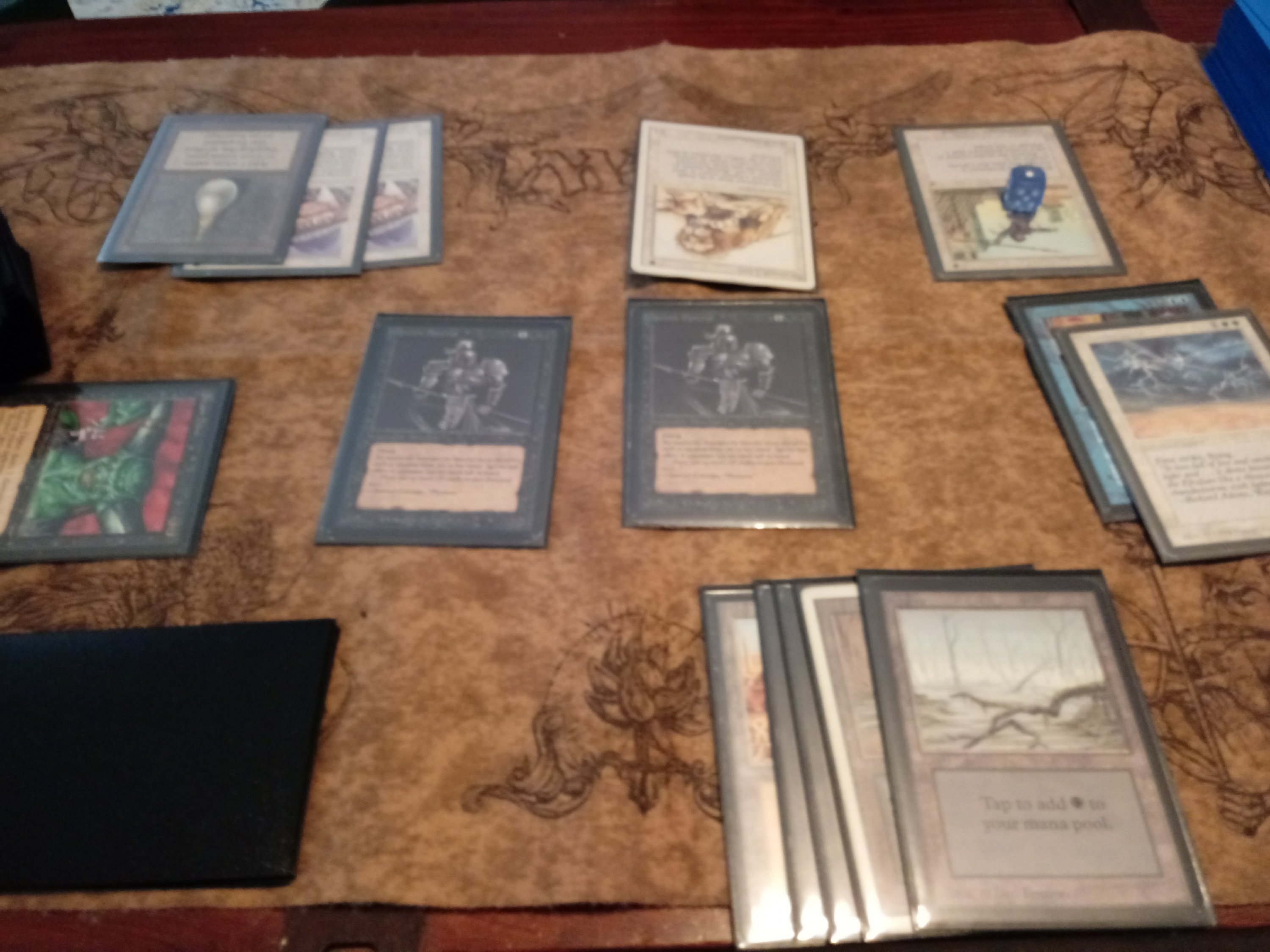 Control Magic turned a powerful adversary into a valuable attacker. 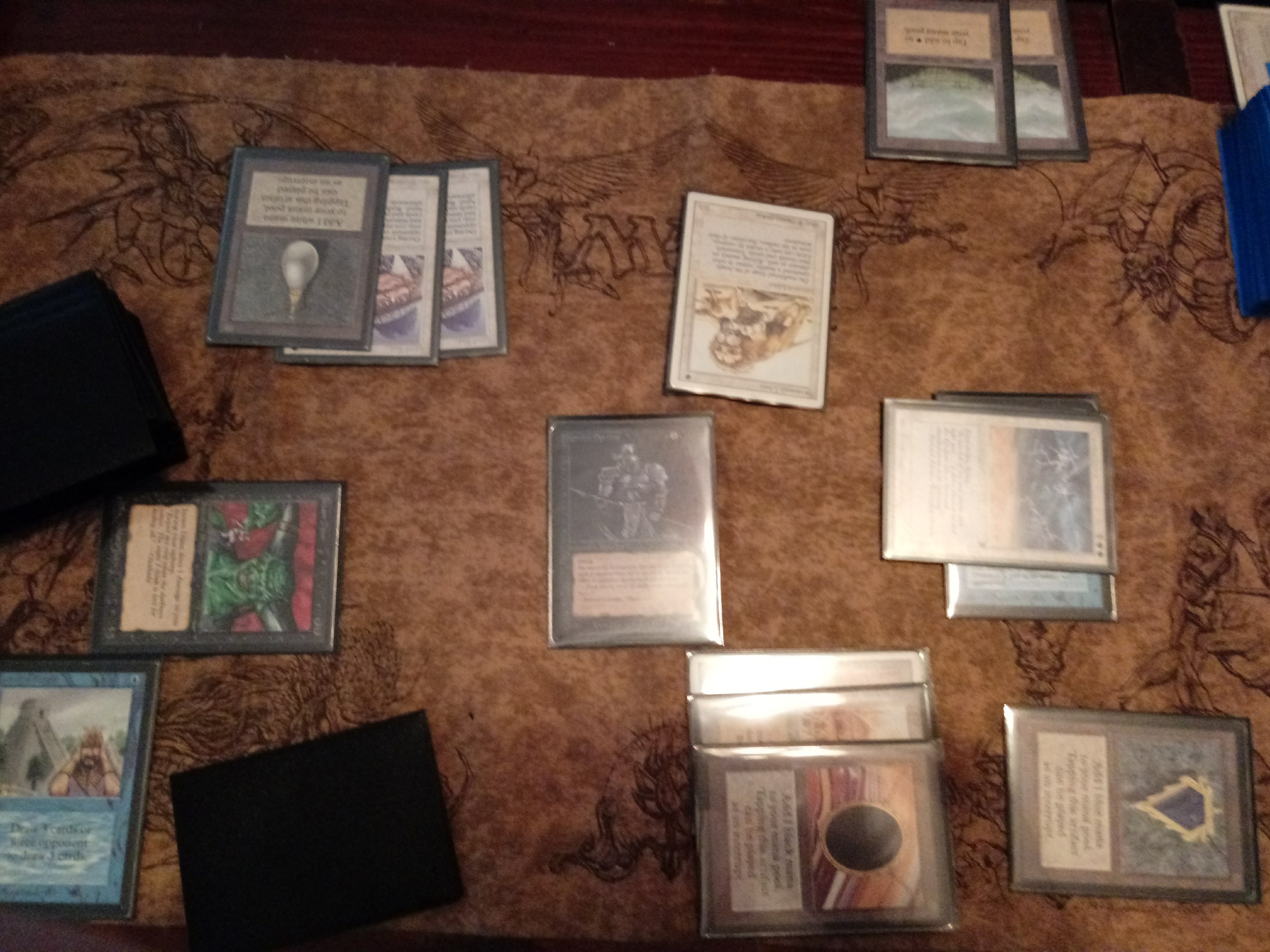 Another game where Control Magic cleared the way for Hypnotic Specter. 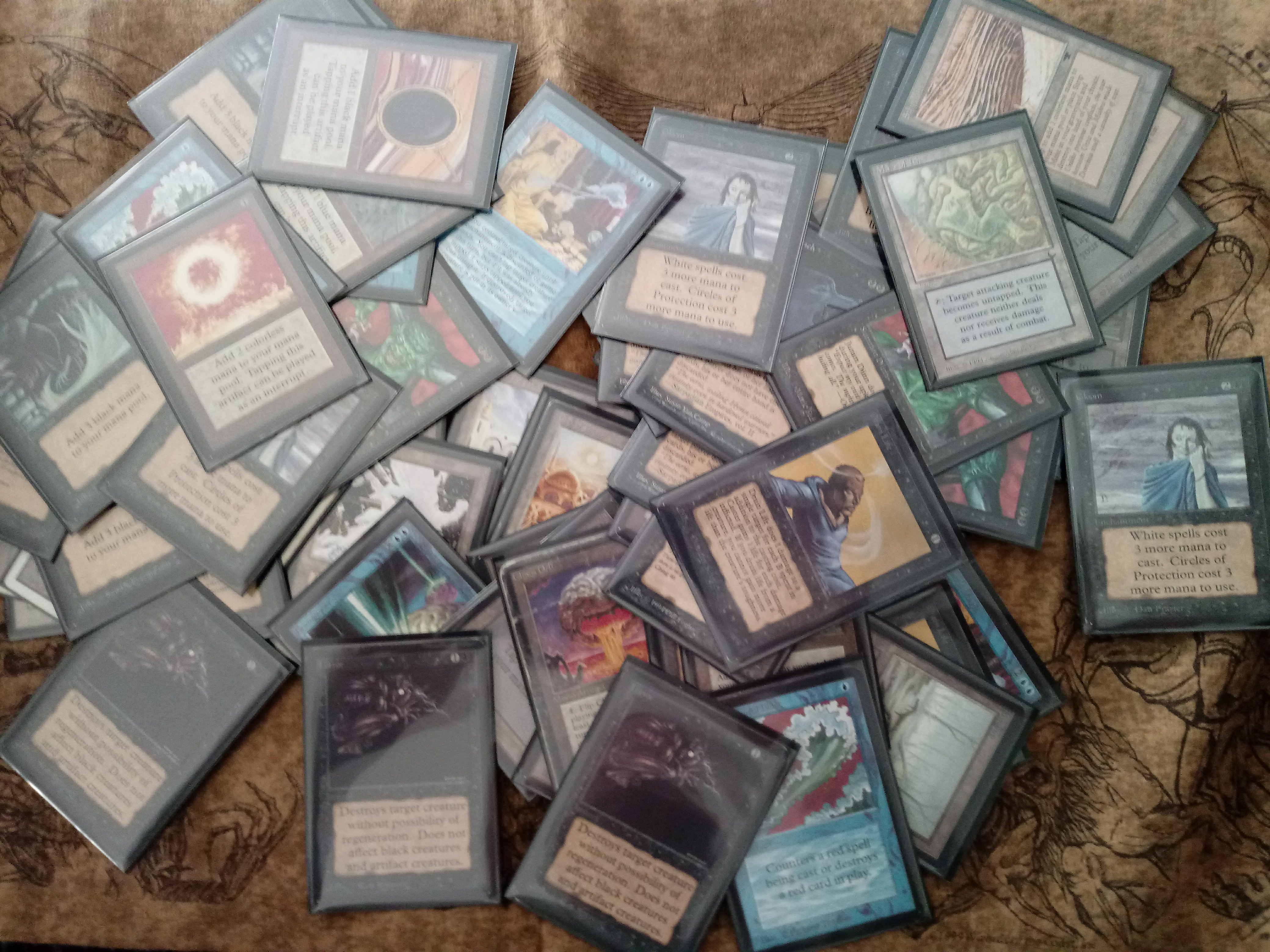