What Is Lost May Always Be Found Part II

The screams of a dying man echoed in the distance. Black smoke thick as tar hung heavy in the air, burning my throat. Through the shadows I could make out broken and twisted limbs though life had long since fled from the inanimate remains. This was hell on earth. 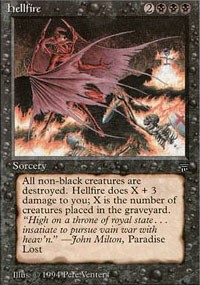 But I was alive.

The 2017 Player’s Ball in Chicago was now over and I had been baptized in fire. I ended the day with a 4-2 record, defeating RG Kird Ape, Mono Green Thallids, 4C Guardian Beast, and a 4C Aggro-Control deck that played Savannah Lions and Unstable Mutation. My loses came from Crimson Disco and GW Erhnamgueddon. 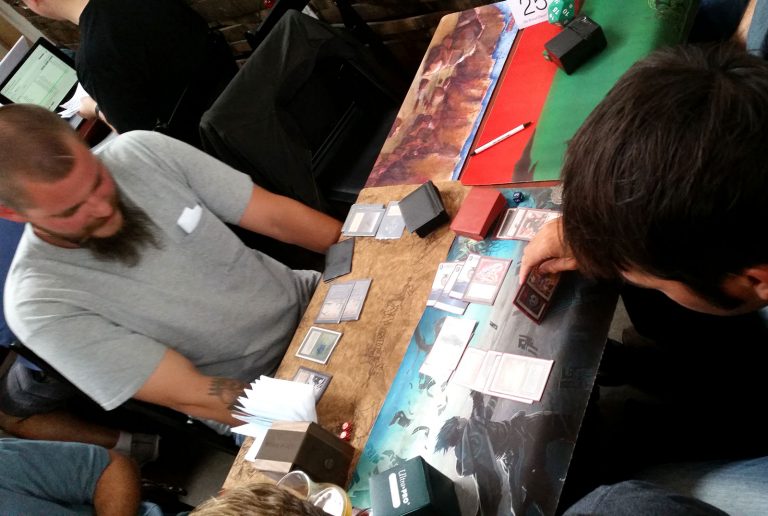 Our dashing young hero with a graveyard full of Sinkholes

My performance was good for 20th place, and I received a Beta Tranquility signed by all participants to memorialize the first of many challenges to come.

Though none of that matters now. What does matter is that my heart was filled with fire. After sixteen years away from the game and then a year spent rapidly losing interest in sanctioned formats I had found my way.

In my trials that day I had learned much of the Dark Arts. Or had I just remembered what knowledge was lost long ago? In my mind throughout the tournament I had forgotten memories resurface of playing against my childhood friends. Of Dakmor Lancers striking down Barbedtooth Wurms. Of first turn Dark Ritual into Rain of Tears and how broken that seemed to my friends. But winning didn’t matter so much back then. Enjoying the game and playing cards you love did. 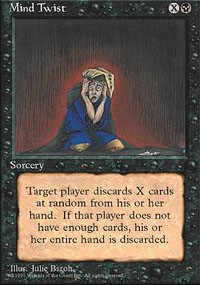 Now with the pressures of adulthood, work, family, bills and so on, the rare opportunities between overtime shifts and reading bedtime stories to my children that I had to play Magic were much more precious than in the carefree days of youth. Magic should be an escape, however momentary, and not an added stress to keep up with new cards and decks just for the sake of remaining competative. For what? I’ve already proven myself a Father. A Husband. A Veteran. A Union Worker. Sometimes I just wanted to forget about what bill needs paid and what needs fixing. I just wanted to kick back, have a beer with good people, and enjoy slinging turn 1 Juzams and Underworld Dreams, massive Drain Lives that kept me in the game when it seemed as if there was no way out, and Sinkhole-Strip Mine draws that just decimate the source of my opponent’s power.

The map led me to both the future and the past.

I returned to my ship, stung by defeat but nevertheless defiant. I had my first taste of battle. Resolute I stood at the prow, peering into the darkness beyond. I now knew what I must do, and my mind began spinning and weaving a new plan. I would find a way to perfect my weapon. I would seek out the most hated of curses, an ancient and dangerous enchantment that would swallow my enemies whole. Next time, I would be ready. 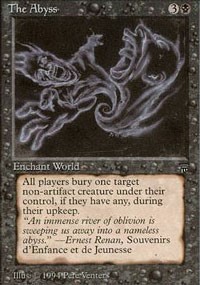