A Bootleggers Christmas 0S95 tournament is in the books. After 4 drops, we had 12 players. We had an amazing pile of loot and raffled off the high dollar items earning $590 for McKamey animal shelter. I’ll keep this short and sweet. Alan Finney took it down undefeated with a RGW Stormbind deck and Sonny Tennille snagged most creative with Enduring Renewal combo. This came as no surprise to me as I had tested my Pox deck with Alan many times. I knew it was a mean deck and Alan is a learned wizard. Congrats to Brother Finney for his win and to Sonny for his top notch concoction! See below for standings and deck pics. 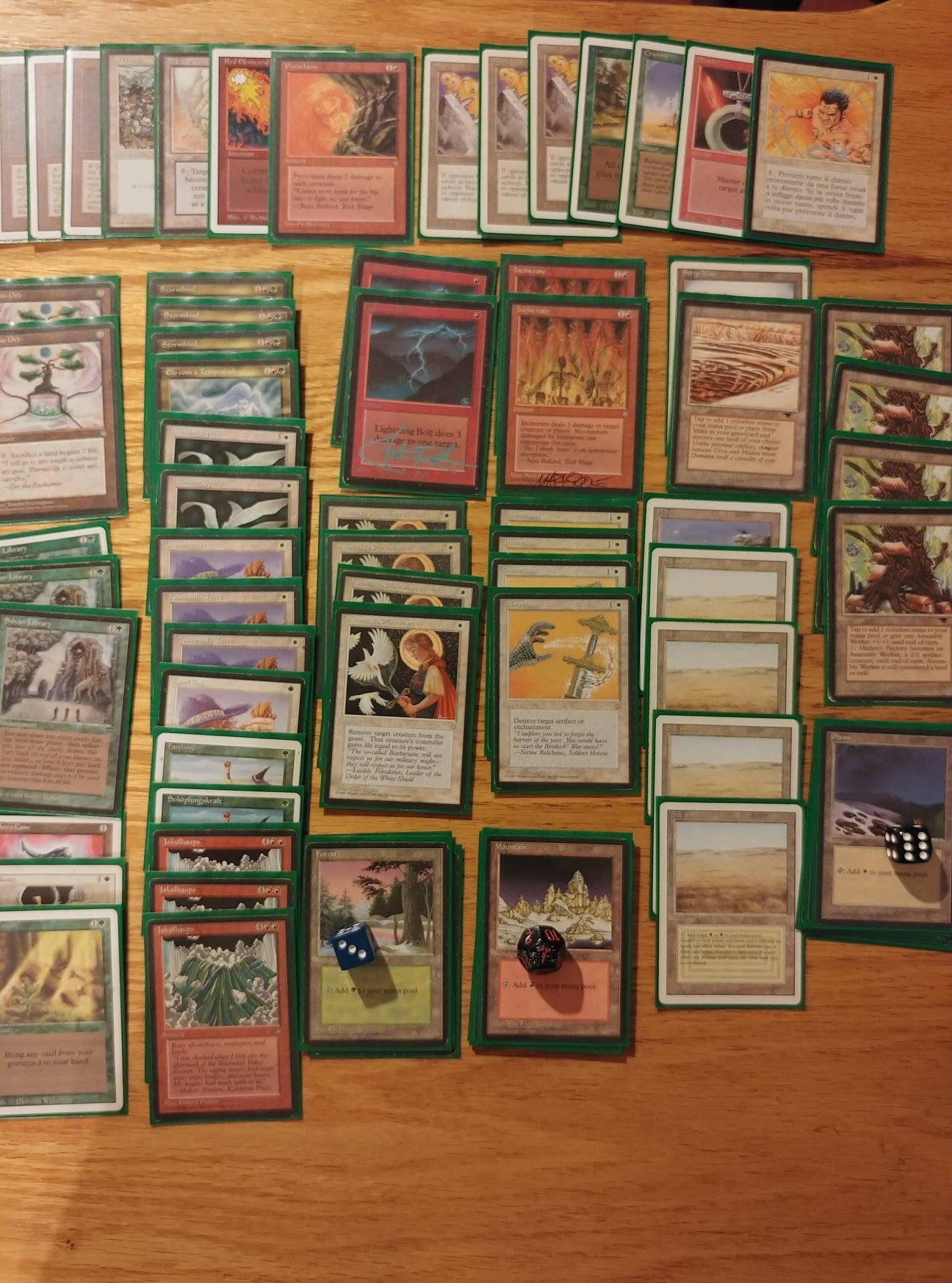 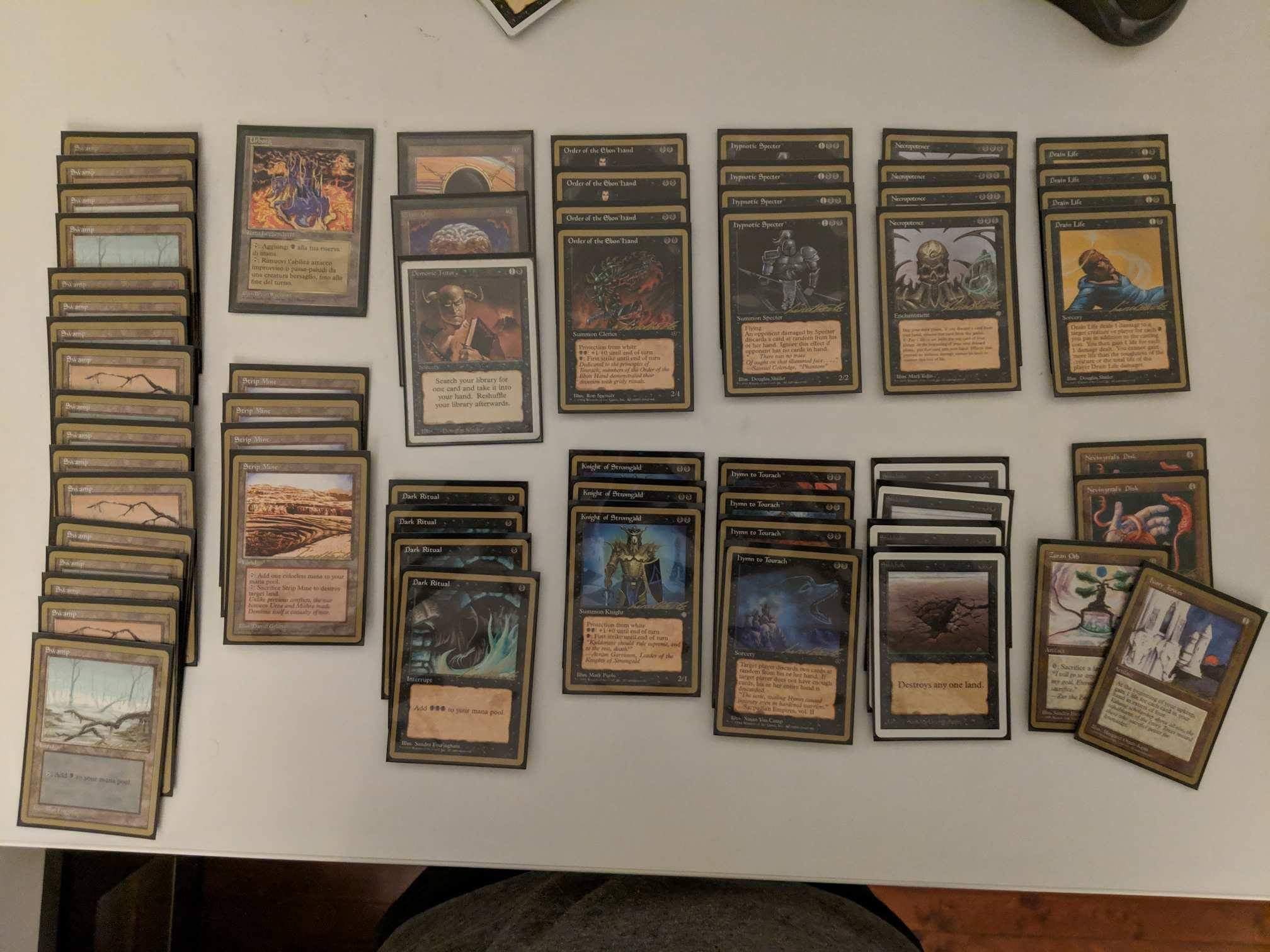 2nd-Stephen Busch on Mono B Necro 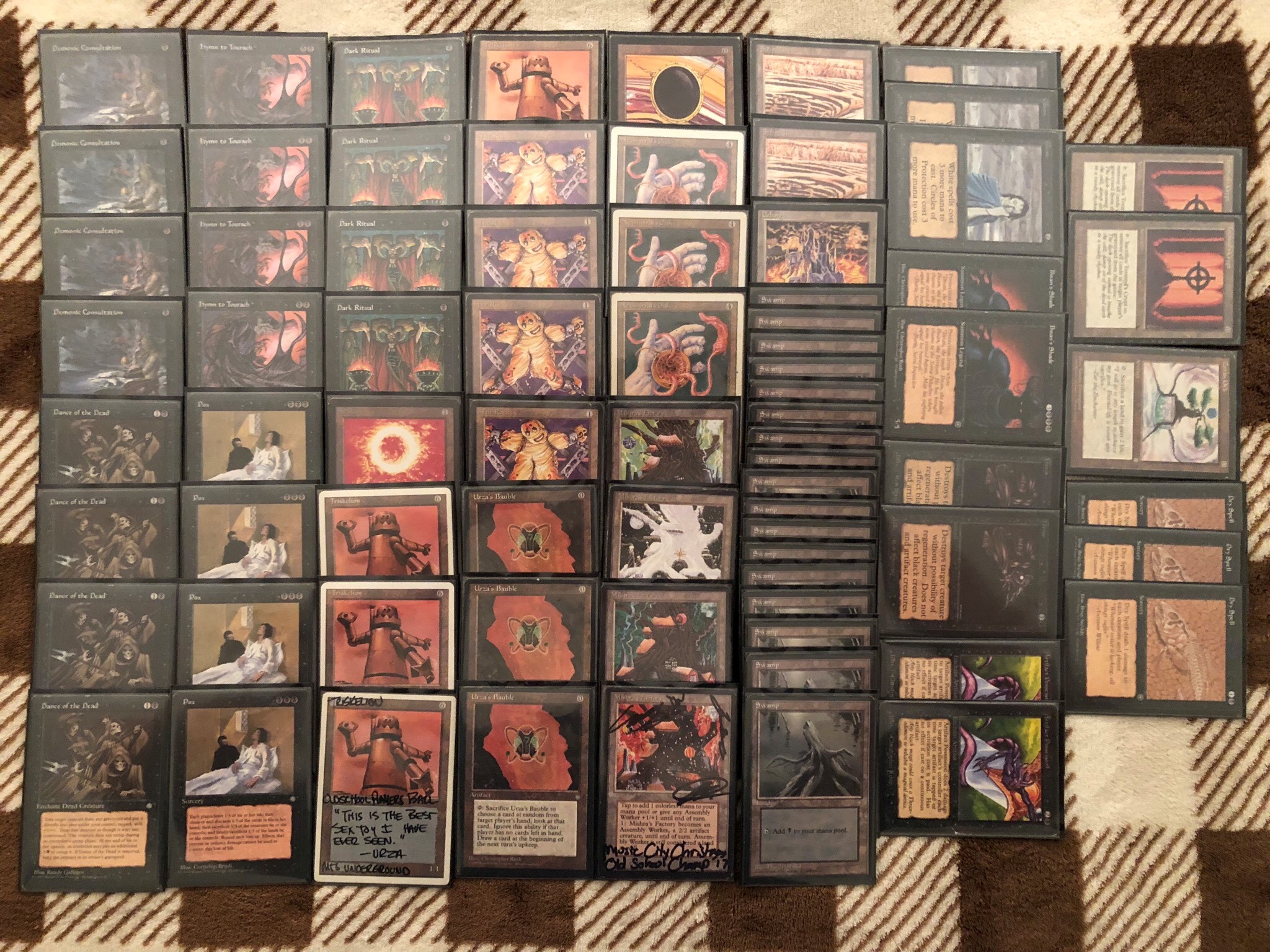 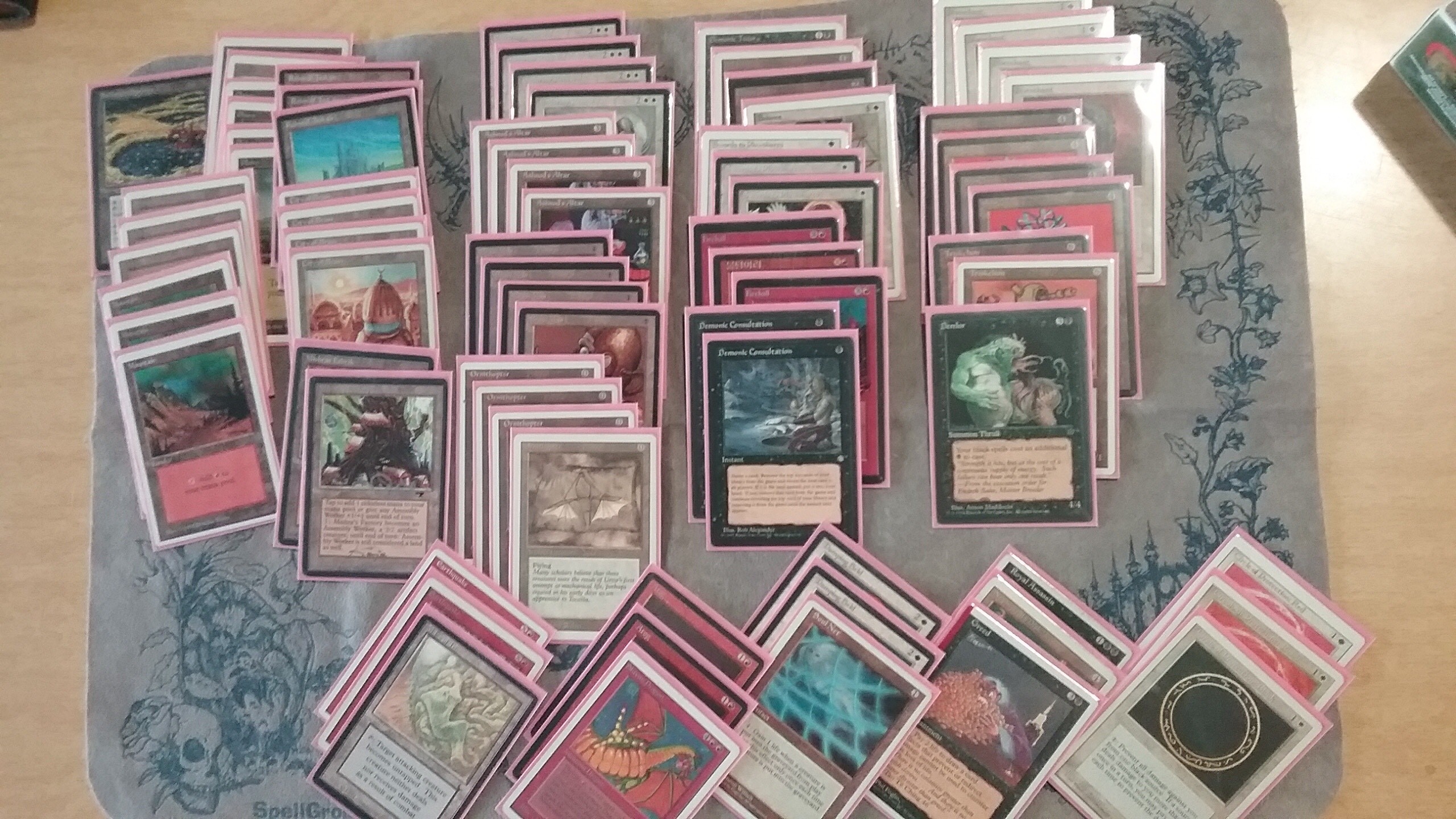 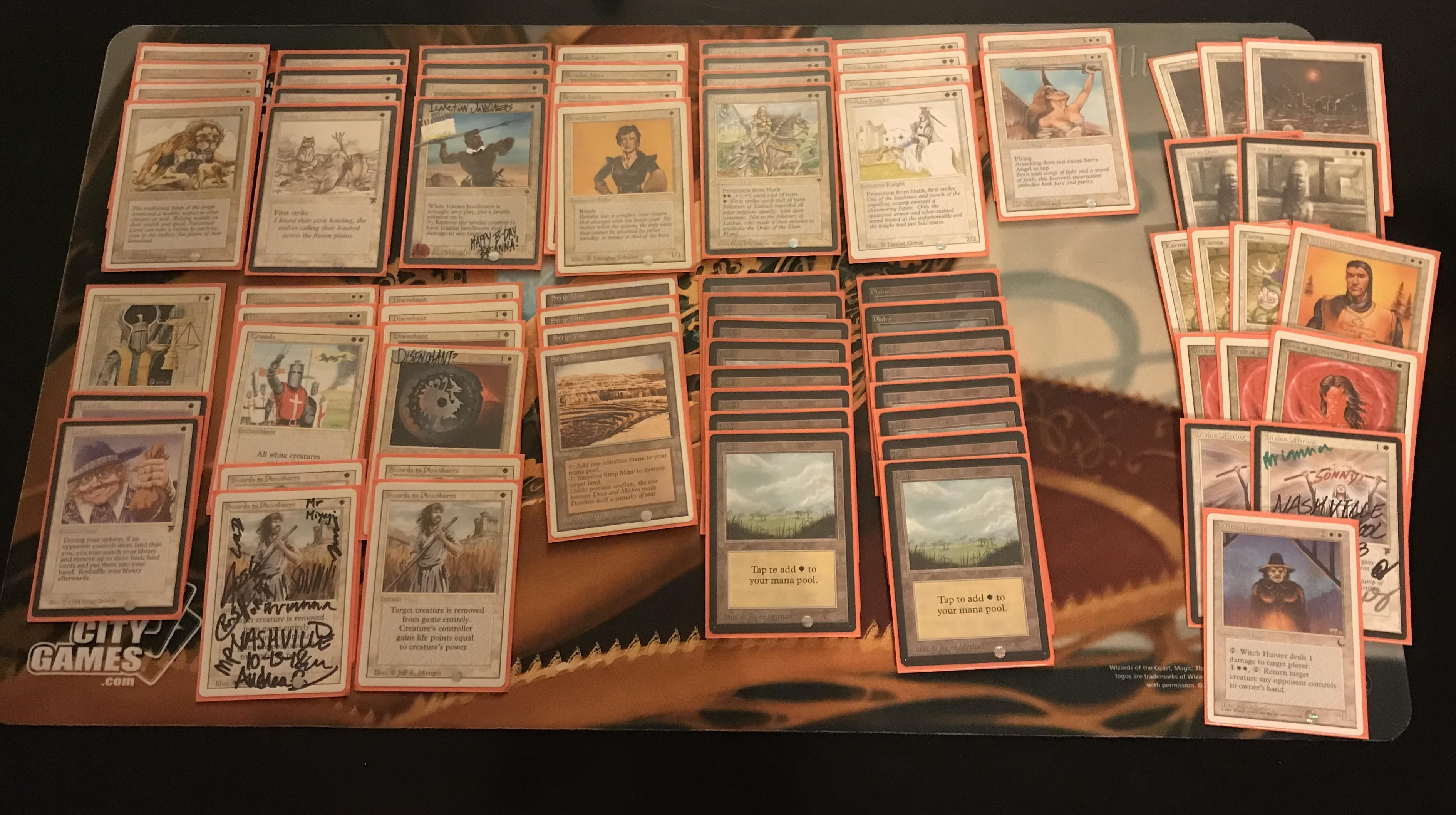 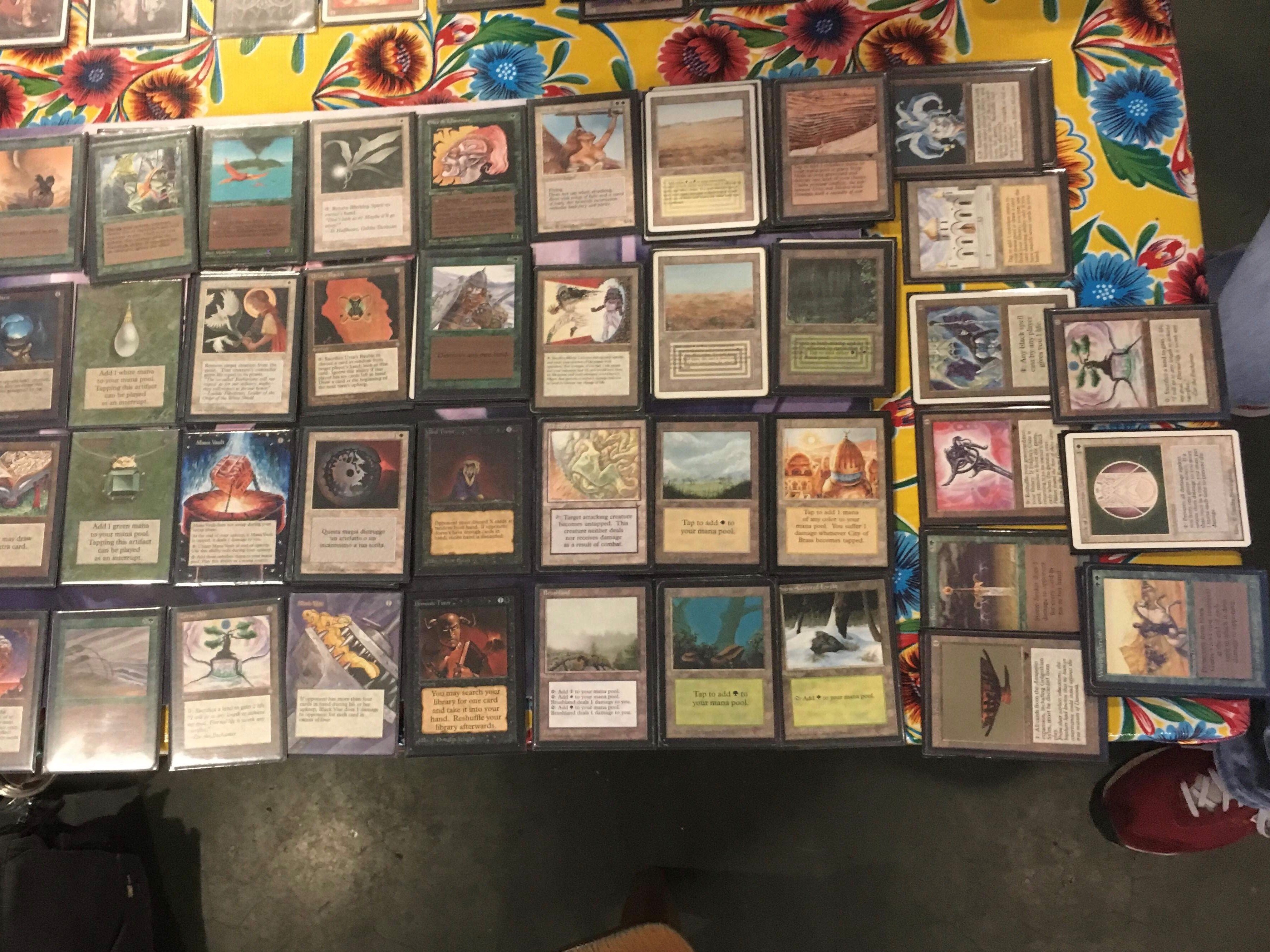 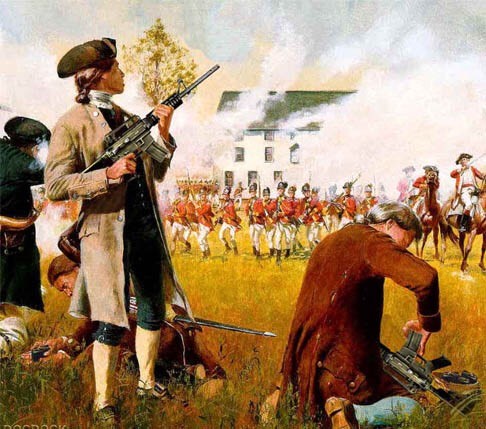 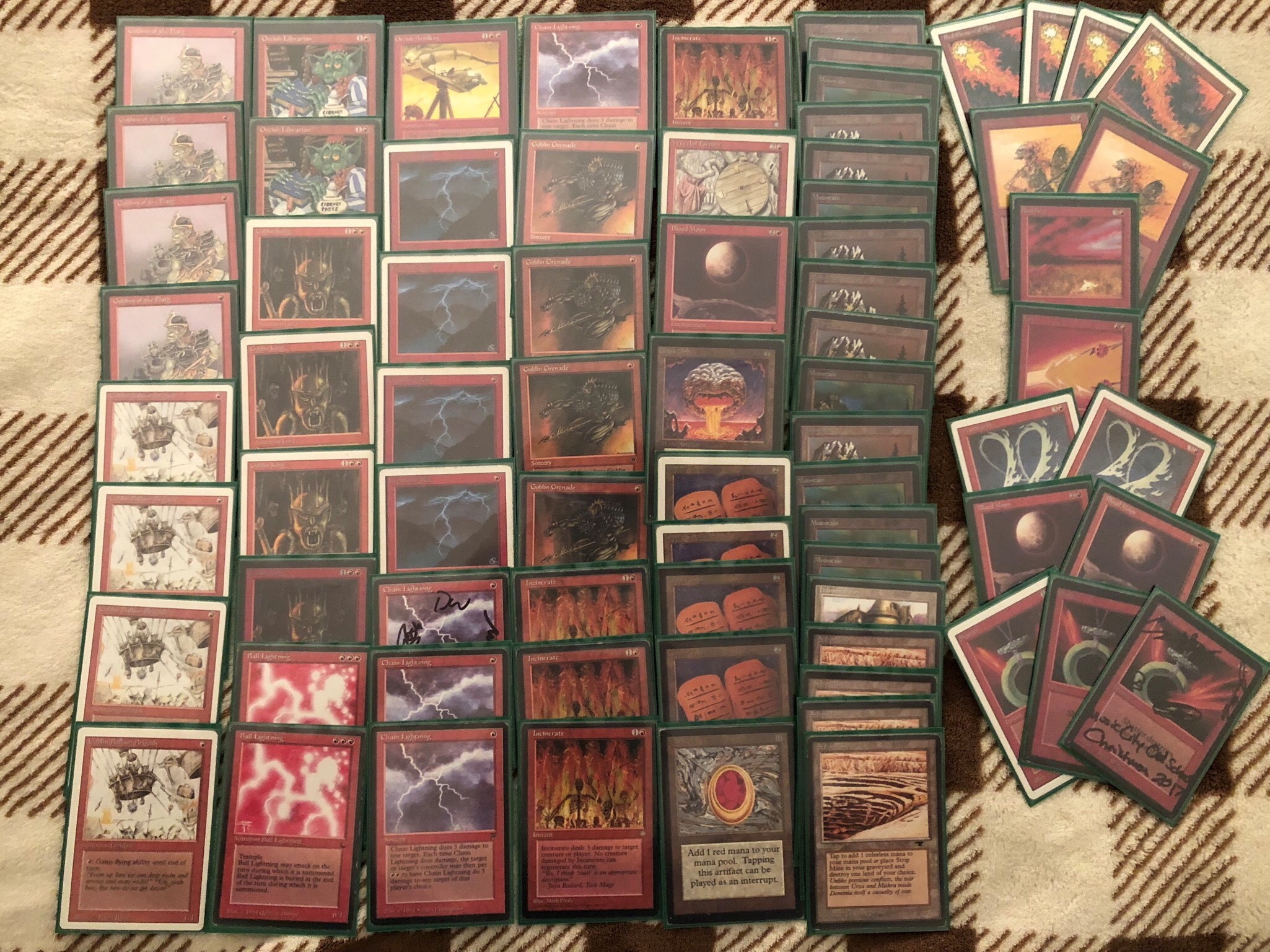 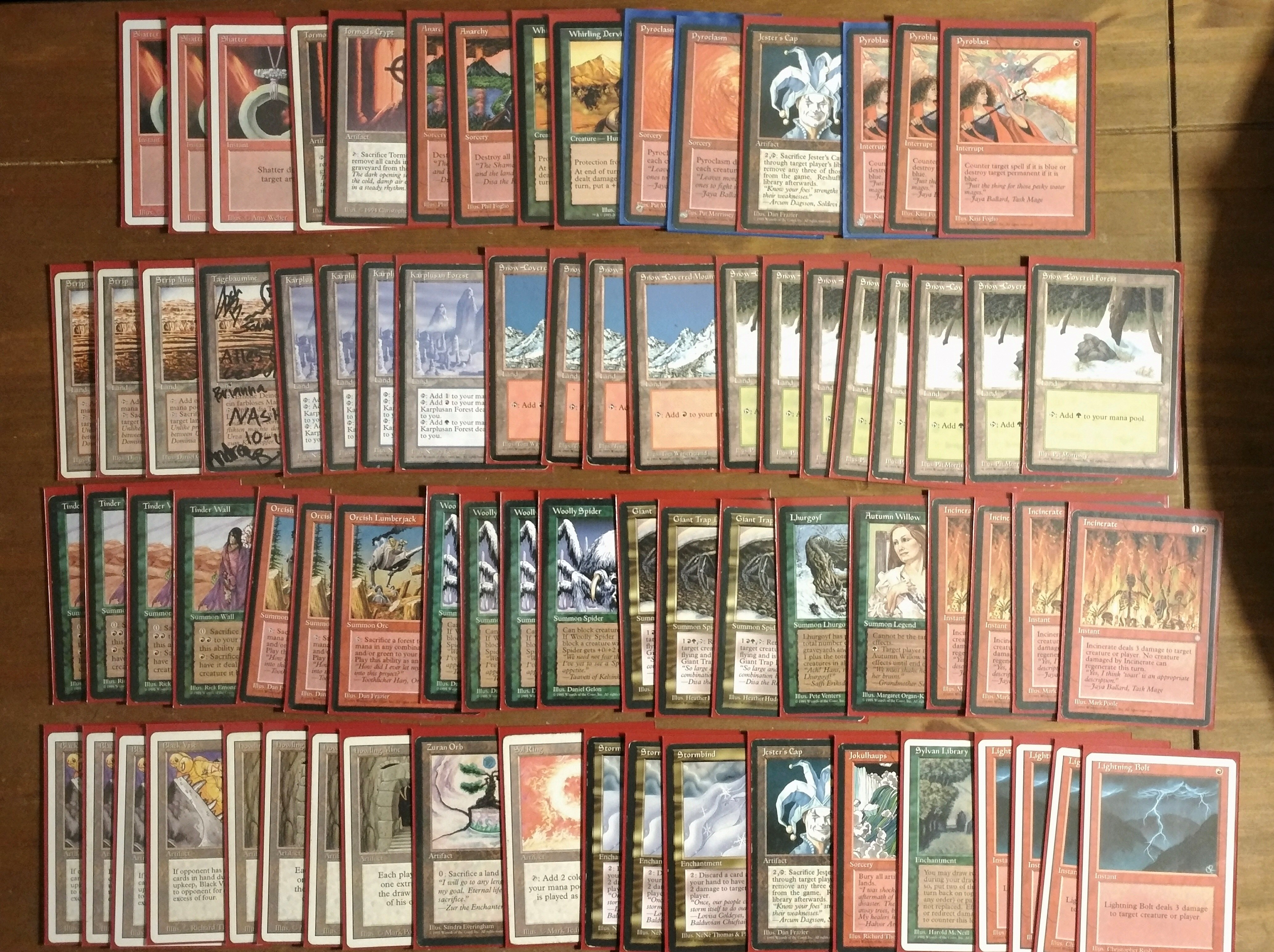 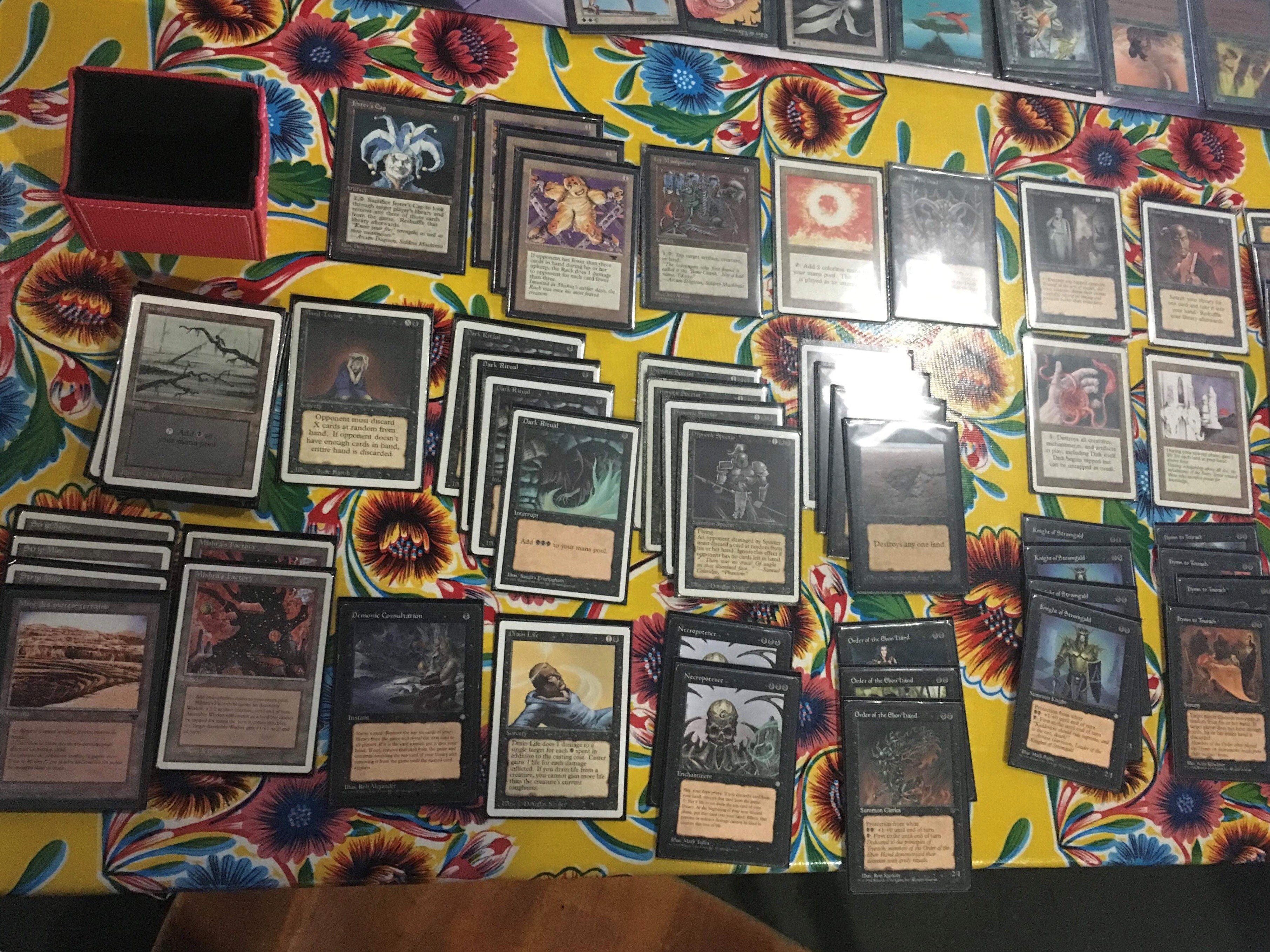 12th-CHIP on Mono B Necro

I want to thank everyone for their contributions and just being a part of this group. We have an amazing family that’s continuously expanding. This event had the original 4 members as well as two new players who had never even played old school before, plus some dudes that came out of the woods that we haven’t seen in a while. It was great seeing everyone again. Old School ’95 was a lot of fun and I think we’ll dust it off every now and again. Stormbind is bad ass. Zuran Orb paired with Land Tax is a fucking headache. Necropotence is amazing, but he’s not really hurting anything. Demonic Consultation is killer, but consulting with demons is risky. I’m not much on deciphering formats because I don’t really know what the hell I’m talking about or give a shit what’s banned and what’s restricted. I just like to play and hang out and we had a good year doing just that. We threw our first annual tournament this past May, we’ve forged a stronger guild, made friends literally all over the world, and taken our band on the road to Players Ball, and in a couple of weeks, into the Ice Storm in Chicago. Between Bootleggers Ball and this here family shindig, we raised a shit load of money for animals and between all of us have contributed many a dollar to other charities in the various events we’ve attended. Action shots below. 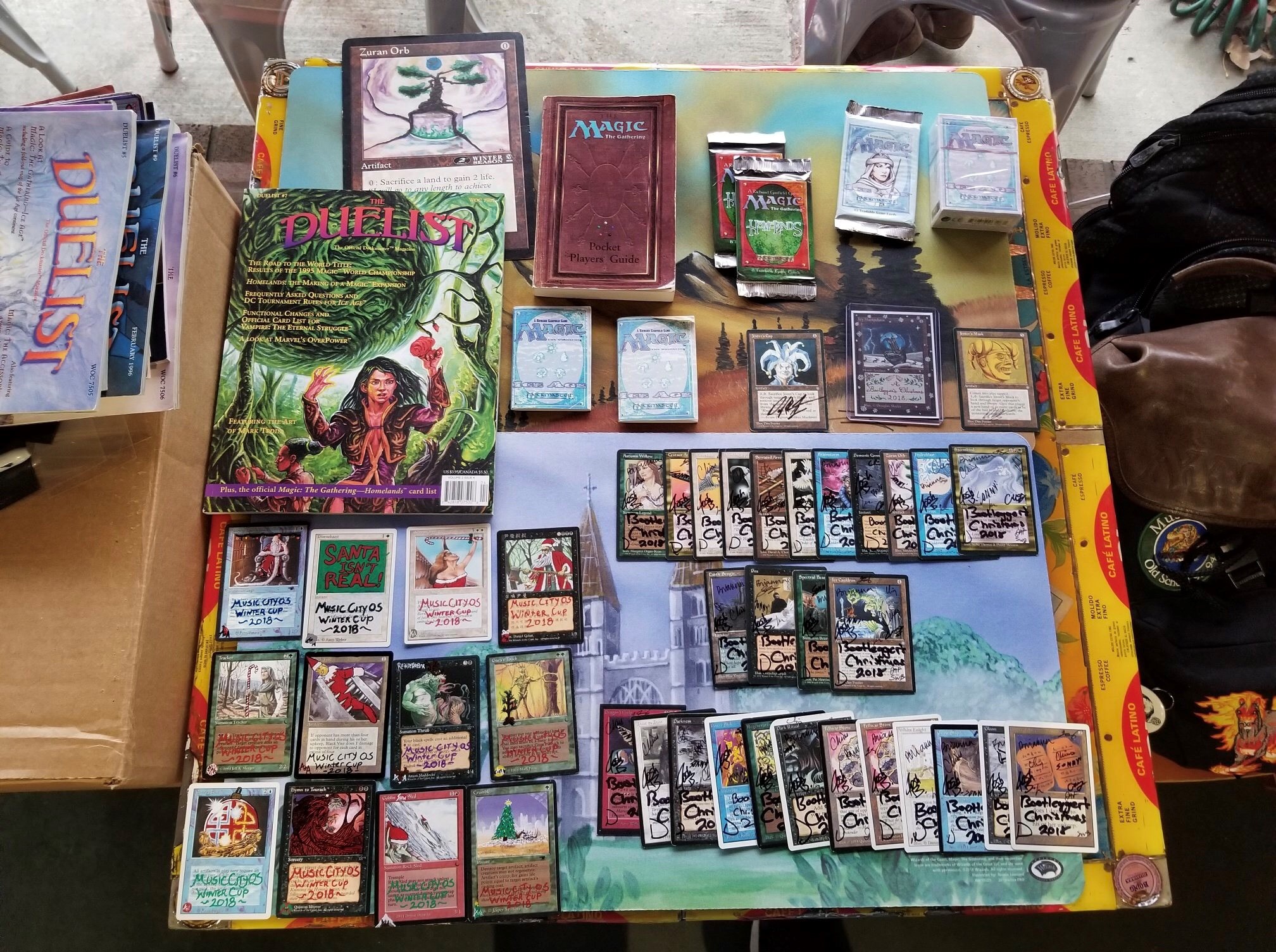 Loot pile, including the two beautiful playmats. Shout outs to Sonny, Josh, and Brendon for throwing in some really nice shit 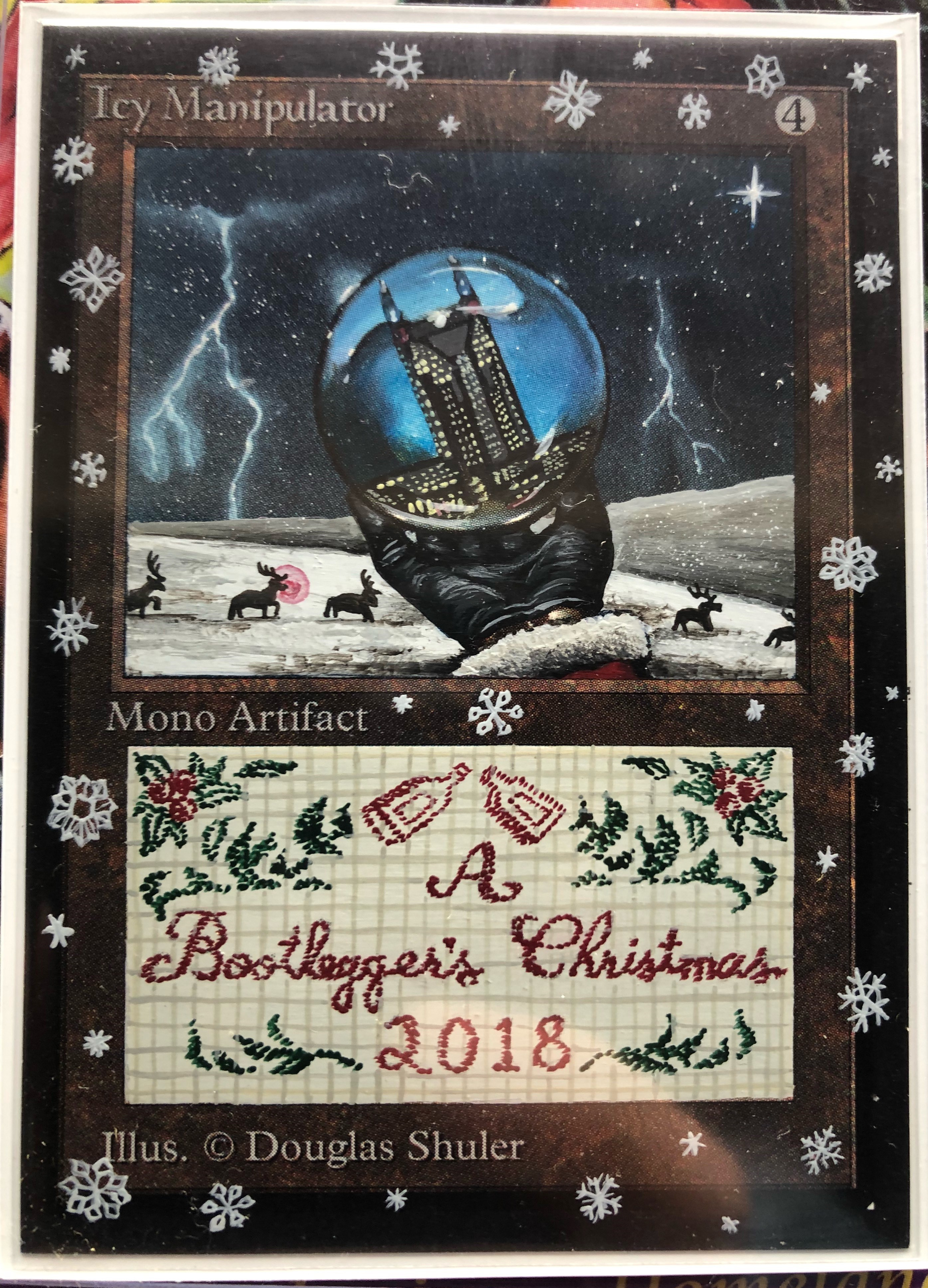 Icy Manipulator-Music City alter by Dustin Brossard. Shouts to him as well-Great work! 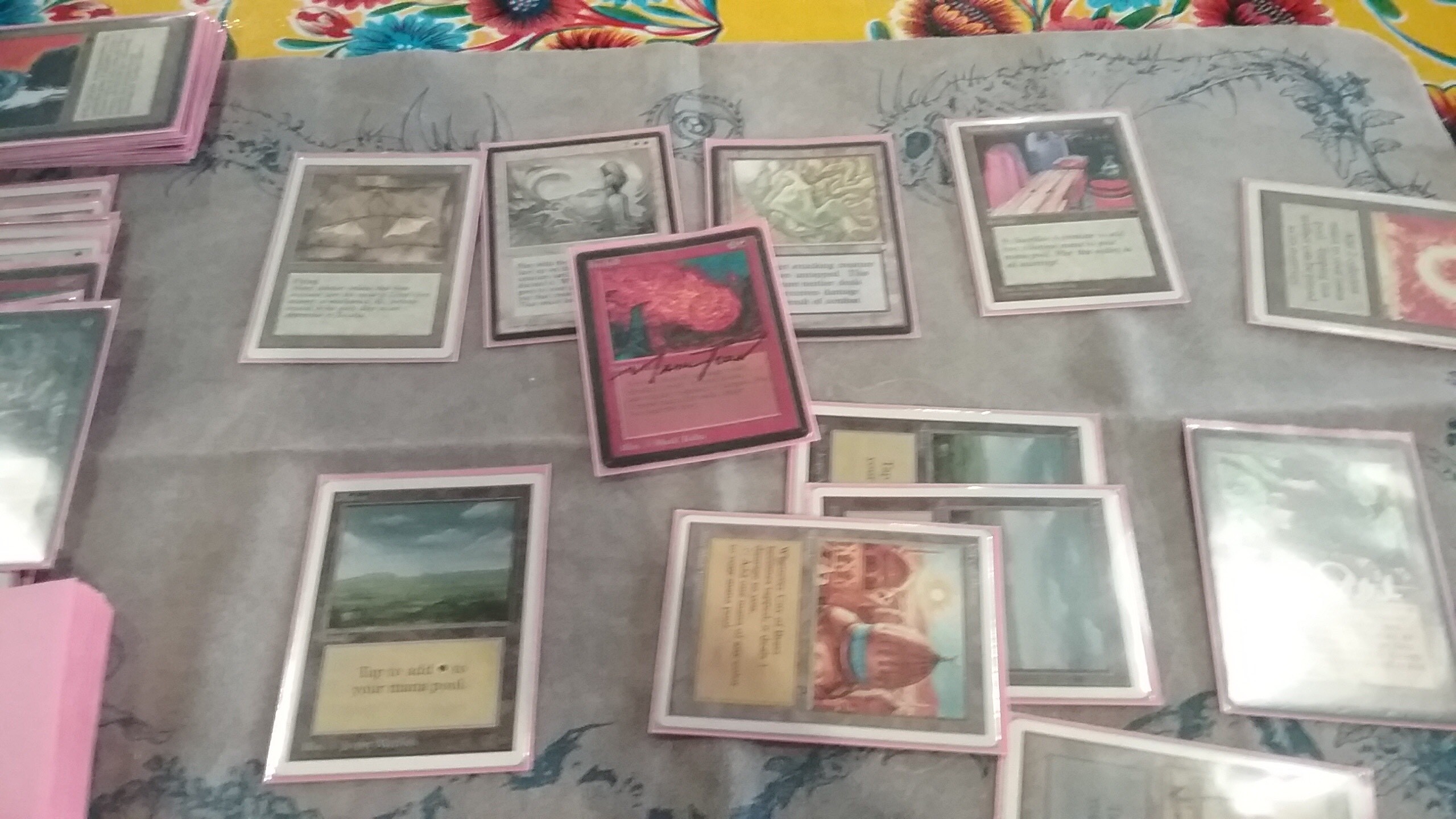 Sonny combos off and Fireballs for infinity 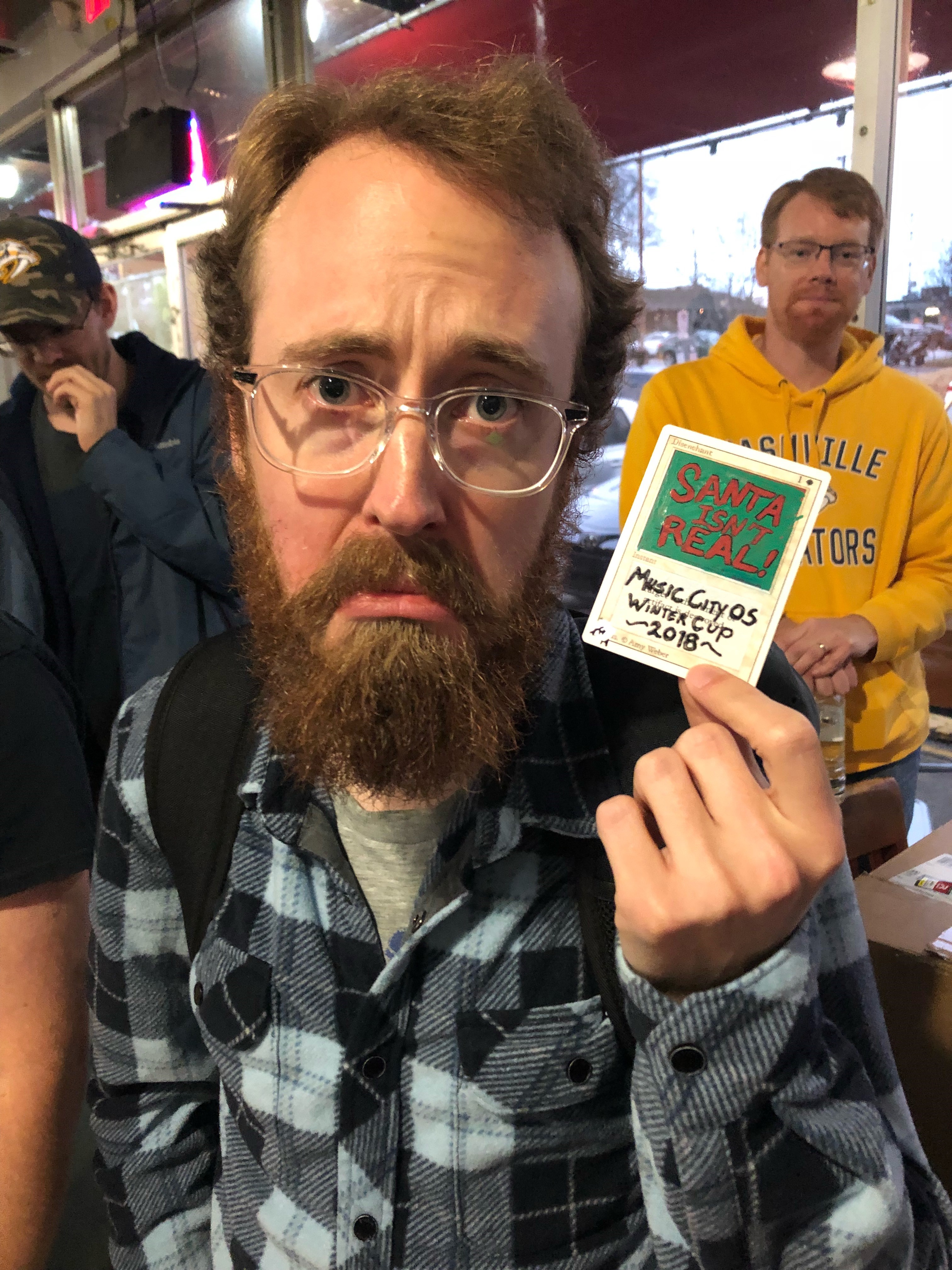 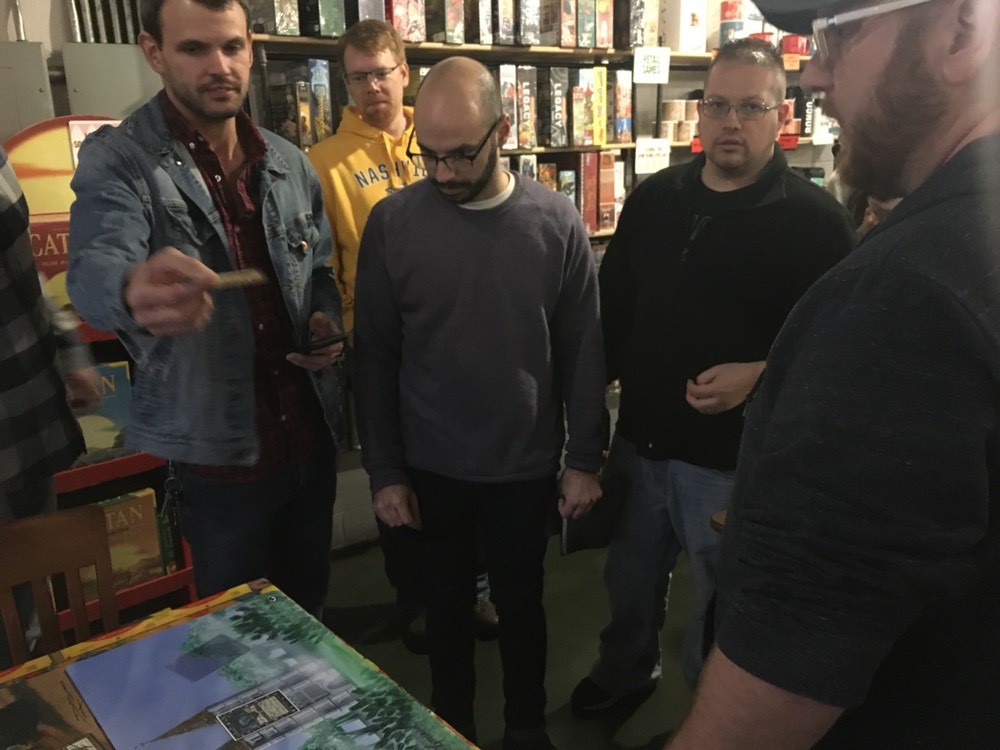 A rare picture of me, seen here flipping a Jesters Mask to see who gets to flip for the Icy alter first. Josh Burgoa donated the Icy alter and we picked two names from the raffle hat to have a flip off 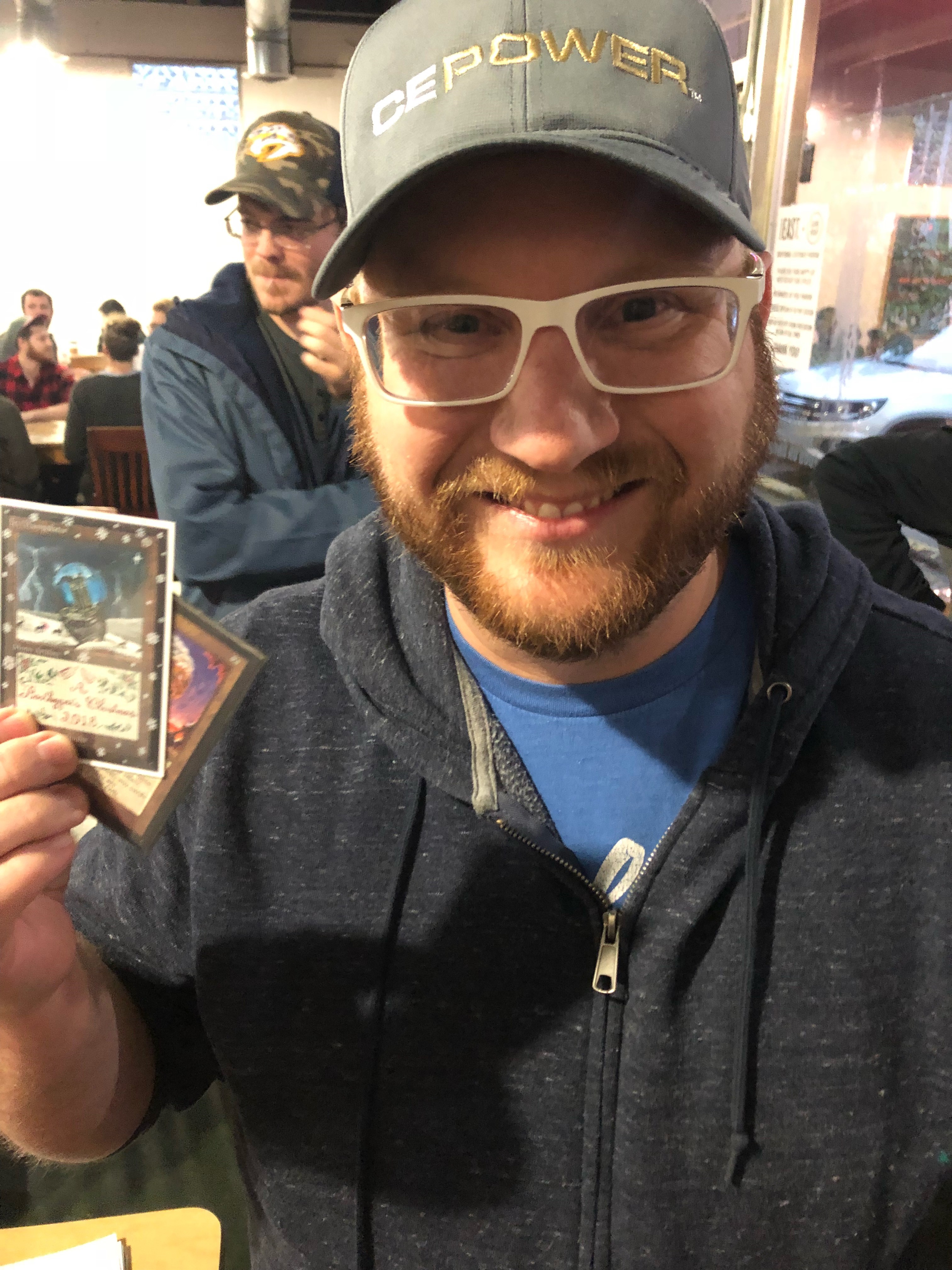 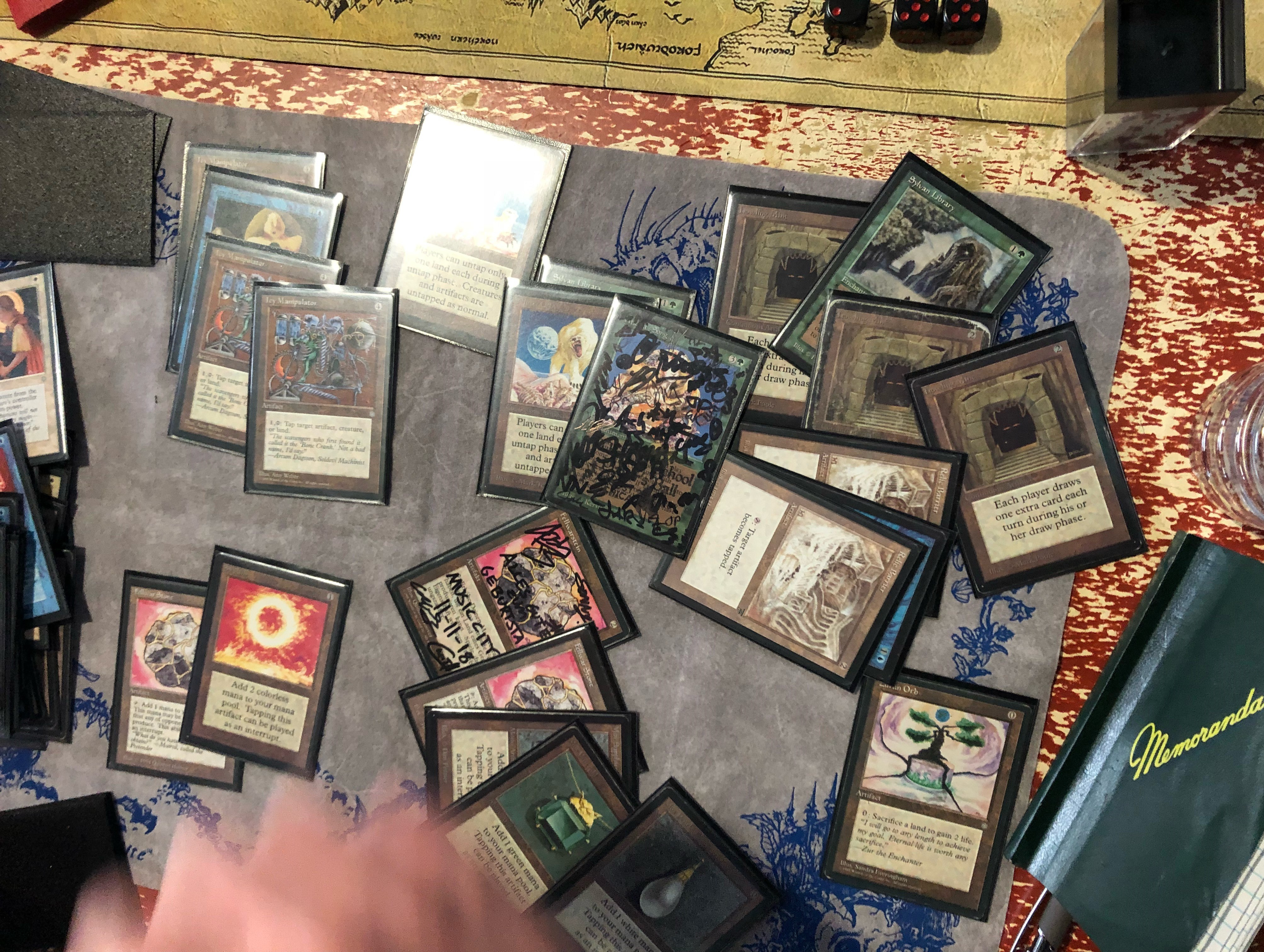 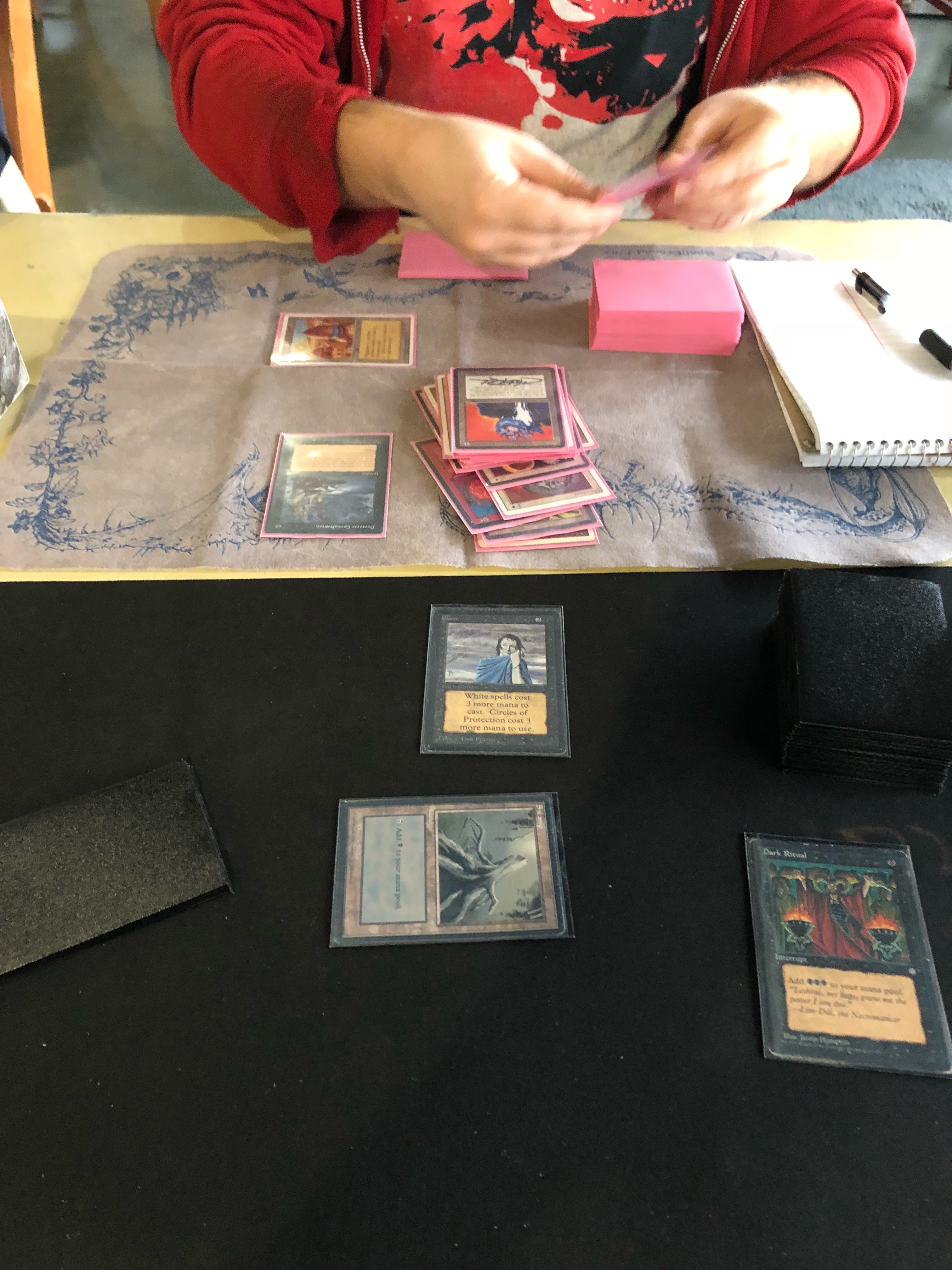 How do I know I’m bad at Magic? I can’t win with a first turn Gloom 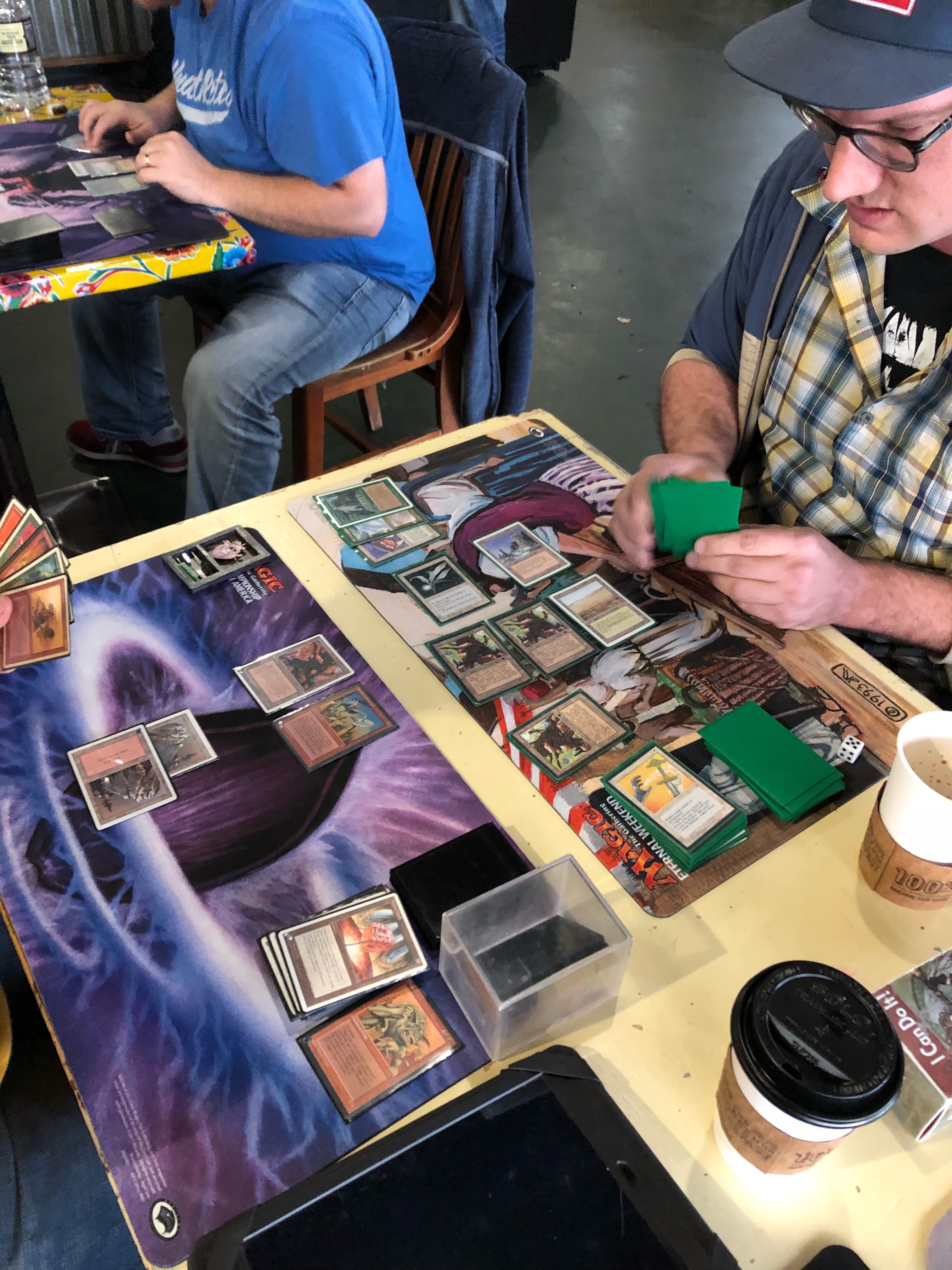 Alan looking comfy with his “Coffee” 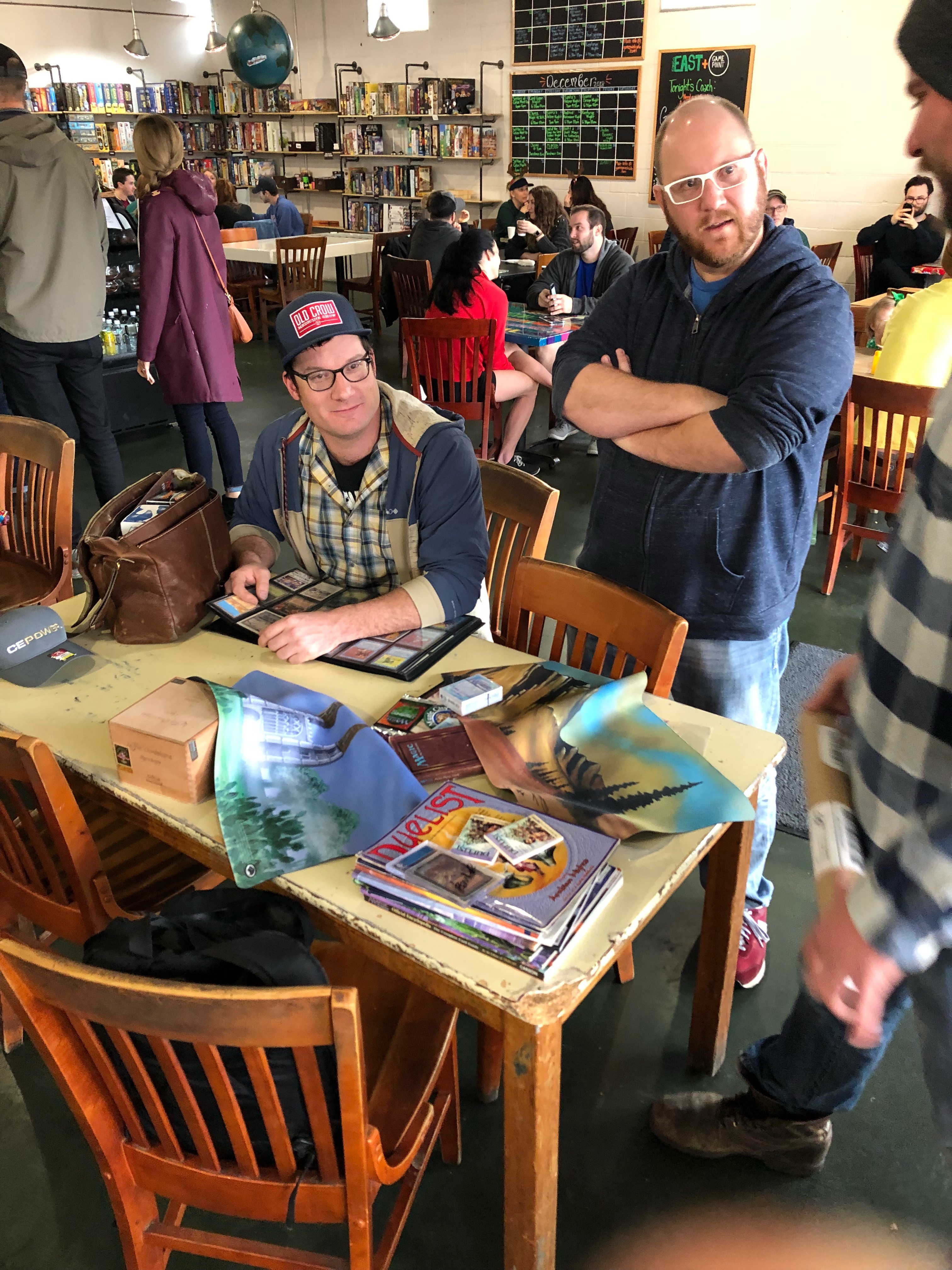 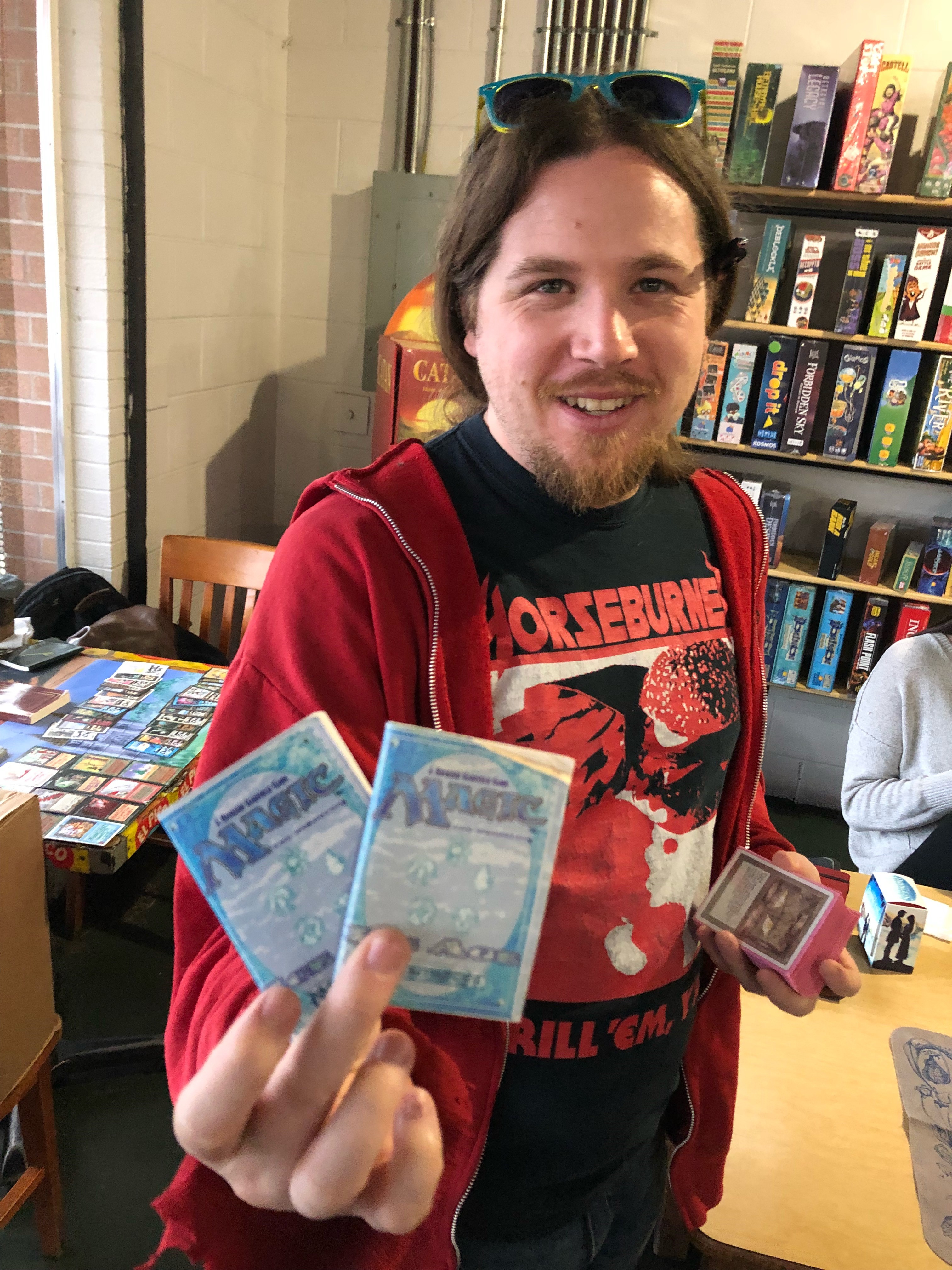 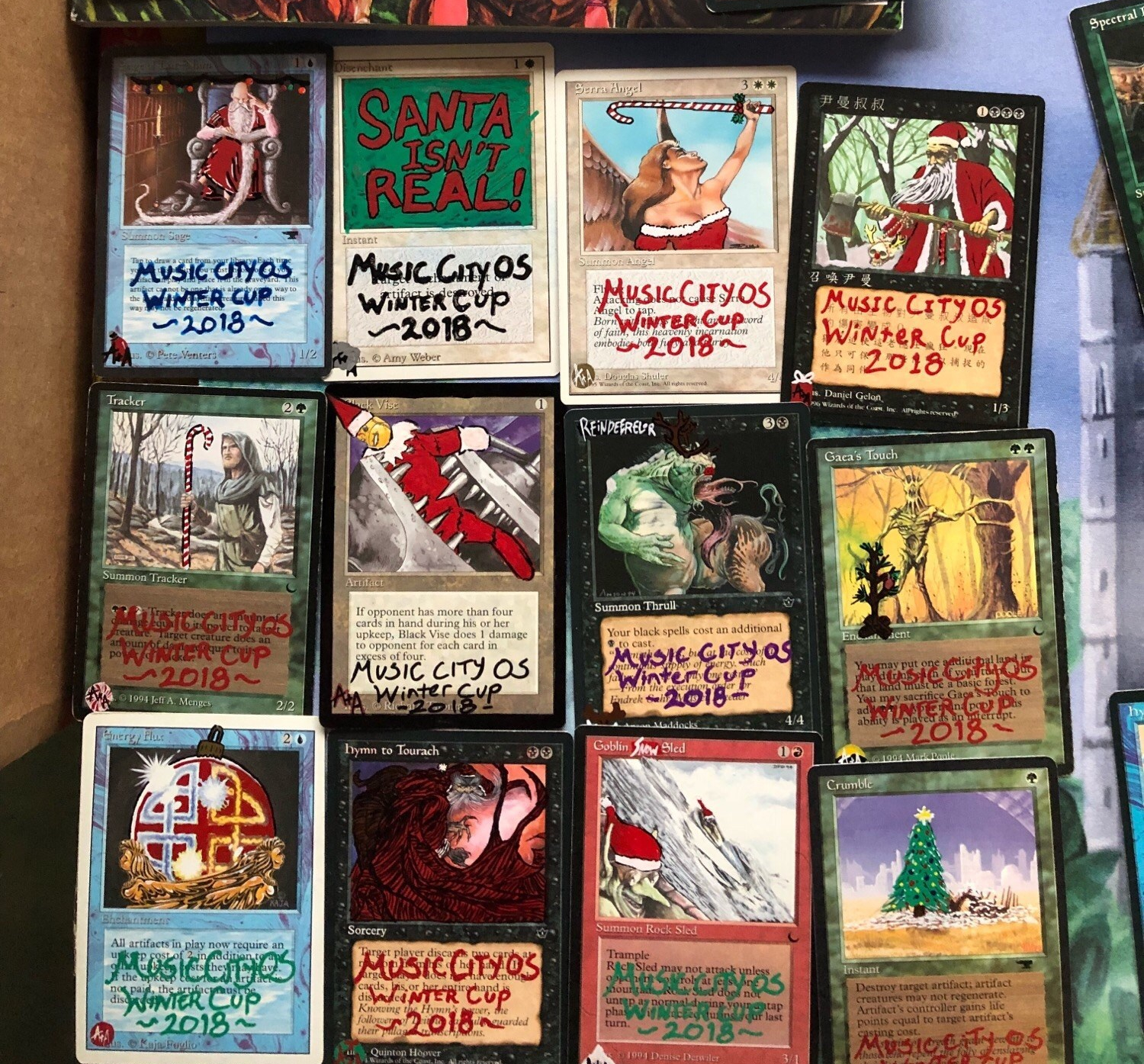 Happy Holdiays! Be kind to each other, help your friends and family, give back, don’t post dumb youtube videos, don’t whine, be grateful, avoid drama, be generous, keep moving, be merry, drink egg nog.